Walking into a room and seeing a dirty diaper that was taken off in the middle of the night isn’t fun – at all. Find out the best way to keep the little hands out of the diapers during night time and more!

If everything else fails, there is still hope. I’ll give you a simple solution on how to find an answer to the common reason that they’re taking off their own diaper. It might be a poopy diaper, it might be dry diapers, or it might be that they have sensitive skin and just don’t want to wear it at all.

You just may have good luck with these suggestions for your little houdinis. I know that they’ve worked for me.

Ways of Preventing Your Baby from Taking Their Diaper Off

As our children grow, we are often amazed at all the new and amazing things they do – the first babble, the first smile, the first roll, the first laugh, the first crawl, the first steps. Even funny things, like the first time your child farts or burps are awesome! But, somethings get old real quick, like your baby taking off diapers, and smearing poop all over their crib and bedroom. Once is quite enough of this first!

But, lucky me, had twins who both took of their diapers, and now my son is doing it too! Consider the following advice from someone who is a pro at knowing how to prevent a baby from taking their diaper off!

My Daughter Lisa – The Diaper Houdini

It was at about 13 months old that my little Lisa discovered that she could remove those Velcro tabs on her disposable diaper (note: this might be a great reason to use cloth – I hear they aren’t as easy for little ones to remove themselves). While we were slightly impressed (look at those fine motor skills!), we didn’t want it happening again. I didn’t want to clean up the mess that resulted from this new skill very often! So, we just made sure she always had pants on.

My daughter Lisa proved to be a Houdini of taking off her diaper, no matter what we tried.

Shortly after making her wear pants at all times, she learned how to take off her pants, and then her diaper.

We next tried making sure she always had a onesie on, but she soon learned how to unsnap the crotch, or just simple reach up those leg holes and undo the Velcro on her diaper.

At this point, we began to ask around for advice. We were first time parents and were getting a little overwhelmed with the endless soiled clothes and crib sheets. So, we tried a few more things.

It was repeated recommended to us that we put pants on underneath her onesie. Sounds genius right? Oh, but not for my daughter! She’s got talent and determination!  Would you believe that after trying this winning combination, I came in after nap to find that she was still fully dressed, pants still on, onesie still snapped, but diaper off! How? HOW?! Only God knows for sure!

So, after this we realized that onesies were not the solution. We had to get more creative.

We tried safety-pinning zipped pajamas closed (though always worried they’d undo it and poke themselves, plus it always meant they had to have zippered jammies on during nap time, which essentially meant changing clothes more, which just didn’t happen…). And we tried pajamas put on backwards (by far the most effective), but not a great option during those hot summer months (and our limited supply of zippered pajamas).

Other things we tried were pull-ups (nope!) and bribes (keep your diaper on during nap and I’ll give you a treat!). We also attempted potty training.

The most common thing we ended up doing? Duct Tape. You betcha. We would tear the duct tape in half, and put it over the front Velcro part of their diapers at every diaper change. And it worked!

Soon, both of my daughters learned how to remove the duct tape off their diapers too. Oh, yeah, did I forget to mention that a few months into Lisa’s diaper removing trick, that my other daughter, Alison, also began doing it too? Because, that totally happened. I had two diaper removing twins to deal with every. single. day.

I was very happy when my twins stopped taking off their diapers as often. I was glad that I could stop buying rolls of duct tape (we went through at least two) and didn’t have to remember to bring duct tape with us for the babysitter. I was also very glad when they decided to potty train and we could just say goodbye to diapers forever!

Because twin babies taking off their diapers for a year, a solid year, was… horrible. There I said it.

10 Ways to Prevent a Child from Taking Off Their Diaper:

Did your twins, triplets, or singleton ever go through this diaper removing stage? What did you do? How did you cope?

While you may find the need to have a big reaction, just understand that there is a way to find a solution. If your toddler keeps taking off their diaper, it’s time to find a true method that will work for them. You may want to start the process of potty training or encourage them with a few special toys.

Even changing up the type of diaper brand that you use may help out a ton. The options can also change for different ages of kids as well. Try and figure out the right time and do your best to stop this from happening!

Do you have any other tips for keeping their messy diaper from being taken off and tossed around the room?

This was content was originally shared at How do you do it?. It is reposted with permission.


Be sure to check out my other popular posts on diapers! 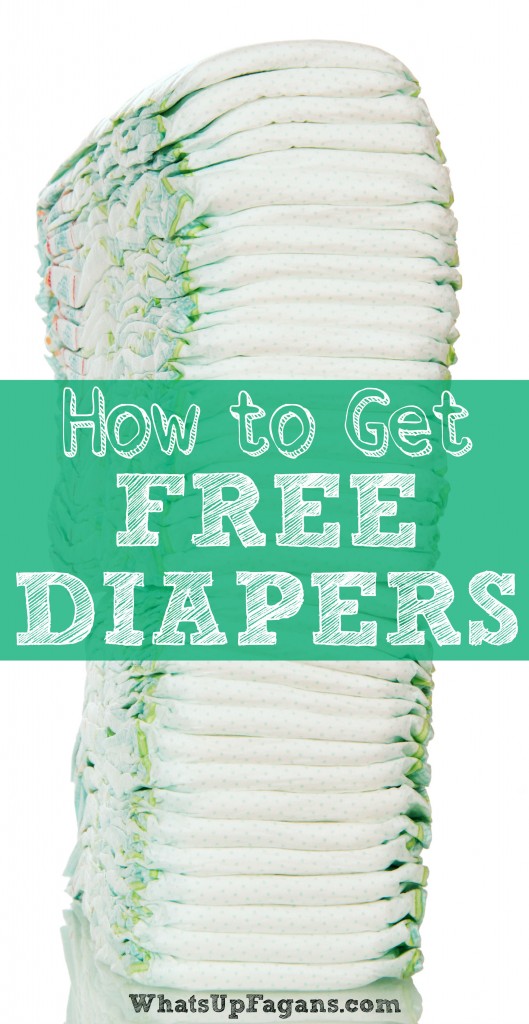 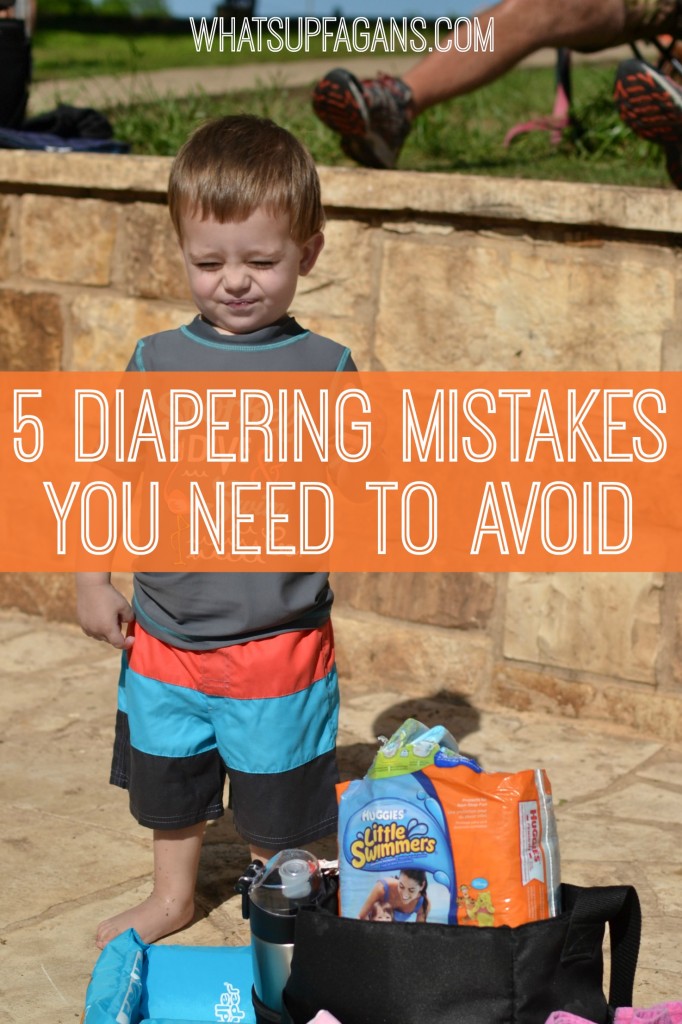 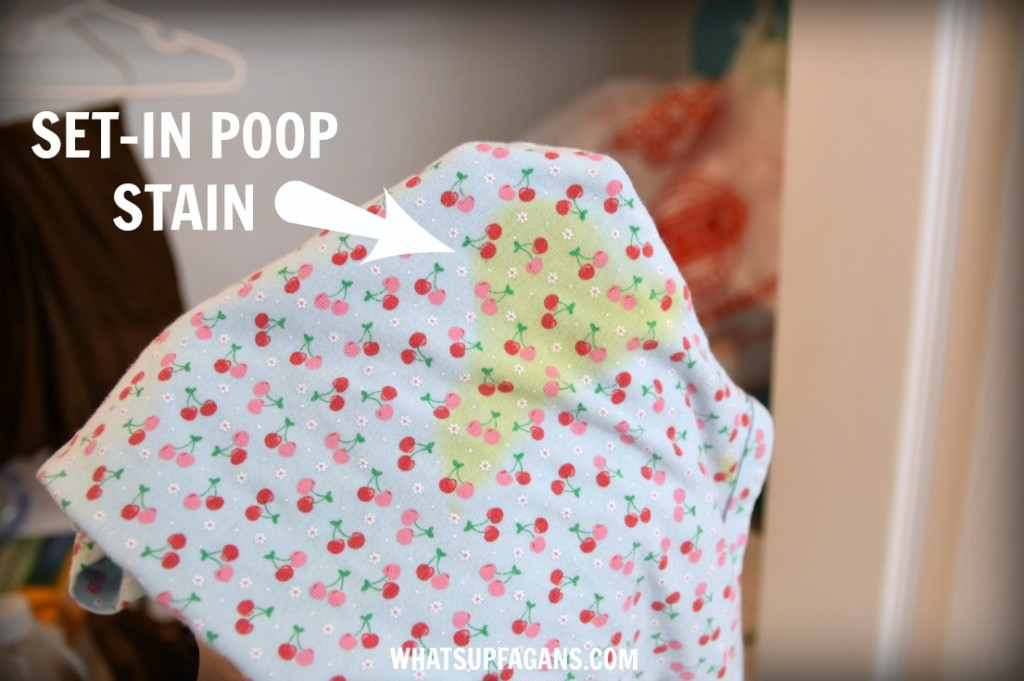 How to Remove Set-in Poop Stains on Clothes