Does it seem like your day is spent tearing your toddler twins apart so they don’t hit each other? They resort to hitting for any little thing, from having a toy taken away to their brother sitting too close. You hear about other well-behaved kids who play nicely and don’t need to be refereed every minute. You begin to wonder what in the world is wrong with your twins, or with you. 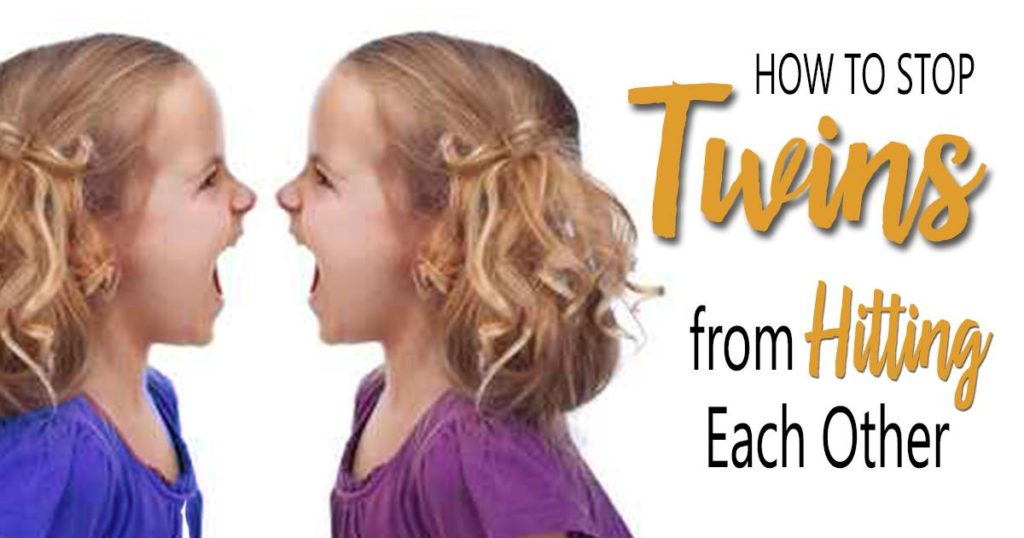 Thankfully this is all normal. Twins are unique from typical sibling rivalry because both kids are the same age. There isn’t the older child who usually knows better. Or the baby you can lay in a crib when the toddler is throwing a tantrum. They’re both going through the same developmental stages, which can be difficult for a child to understand. Add to that the fact that twins are with each other nearly every minute.

I’d get pretty tired of my twin, too.

Toddler twins are also at the age where they can’t always express how they feel, so they resort to physical communication. They’re testing boundaries, both with you and their twin. And they still think everything in sight is theirs alone.

Still, that doesn’t make refereeing twins all day any fun. While their impulses are normal, they still need to learn a better way to behave and express frustration.

Learn how to stop twins from hitting each other with these tips:

When one twin hits the other, do you reprimand the hitter immediately? This is a common reaction, especially since we want to make sure he knows hitting is unacceptable.

Before you discipline, however, use the opportunity to acknowledge both sides. Rarely do kids hit for no reason. Even when a twin hits another seemingly out of the blue, there usually is a reason behind it (for instance, a harbored grudge from 10 minutes ago).

Address both twins to assess the situation. You might say to the twin who was hit, “Are you okay?”

Then to the one who hit, “Your brother crying. He got sad when you hit him.”

Then don’t forget to remind the one who got hit the role he played in it as well: “Your brother got mad when you [took his train away].”

The twin who hit likely did so because he felt an injustice was done to her. Maybe it was a train taken away. Or not being able to sit down on the favorite red chair. Or even being accidentally shoved as her sister ran past her.

Label the emotions both children feel. No emotions are good or bad—they just are. We sometimes make the mistake of reprimanding a hitting child so much that he’s made to feel terrible about himself. We also forget that the ‘victim’ needs to learn the role he played in the situation as well.

It’s important to validate both feelings so they know these are normal emotions to feel.

Provide an alternative way to act.

Now that they know their feelings are okay, they need to learn the right way to express them.

To the twin who hit, you can tell him he can say ‘no’ or ‘stop’ instead of hitting. Or he can come get you to help him. Or even cry.

And to the one who was hit, you can tell him to wait his turn before he takes a toy, or ask to borrow it first, or to apologize for running into his brother.

Kids may not always know what’s expected of them, or need to be reminded. Rather than simply saying ‘don’t hit,’ show your twins the proper way to behave.

Move them away from one another.

Sometimes it’s necessary to step in and physically move your twins away from each other. Especially when they’ve got a toy car in their hands and are about to whack it into their faces.

Not only does moving them apart prevent physical injuries, doing so also shows the gravity of the situation. When I move my twins apart, they usually stop crying, whether it’s to wonder why they’re apart or because they’re not used to having the other far away. Not having their sidekick nearby makes them rethink their actions and its severity. Plus, the extra space also breaks the tension and provides an often-needed breather for both kids.

I’ve never been a fan of forcing kids—twins or not—to say sorry. The feeling has to feel genuine so kids say sorry on their own initiative.

My twins will say sorry, many times on their own, because that’s also their way of putting closure and letting go of the guilt or awkwardness they might feel from having fought.

Practical ways to prevent twins hitting each other

There is no magic secret that will keep twins from hitting each other. Other than good old time passing, the toddler stage will include hitting at some point. Still, we can create an environment that prevents them from doing so as much as possible:

Remember: no child is bad, even when they hit. Both kids have valid feelings about the situation, including the child who has hit. Offer alternative ways to express their emotions, like saying ‘no’ or to waiting their turn. And if need be, separate the twins and monitor them until they can play nicely with each other again.

With patience, empathy and guidance, your twins can stop hitting and instead learn to better communicate their frustrations. 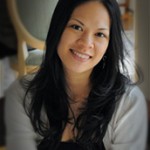 Nina is a working mom to three boys—a five-year-old and toddler twins. She blogs about parenting at Sleeping Should Be Easy, where she writes everything she’s learning about being mom and all its joys and challenges. She also covers topics like how kids learn and play, family life, being a working mom and life with twins. Visit her at www.sleepingshouldbeeasy.com and follow her on Facebook | Pinterest | Twitter | and Google+. 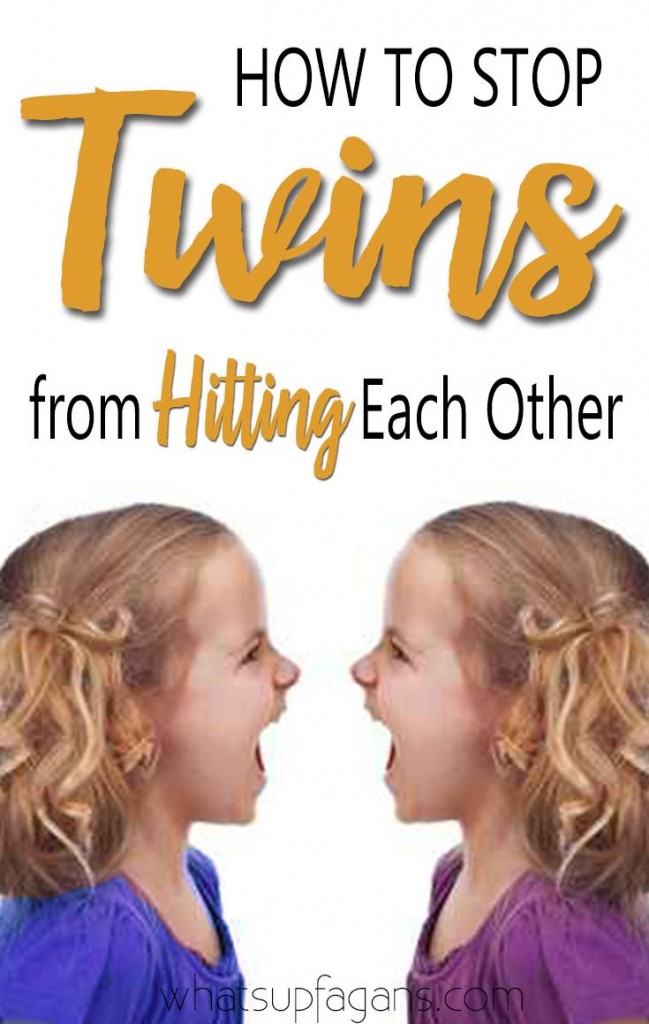