We get big boxes of diapers each month, and I often ended up putting my kids toys in them, but what an ugly sight! So I decided to officially reuse diaper boxes as cute toy bins. In order to do that, I covered the diaper box with a paperback storybook my kids had received for free from a Cheerios box and had already started ripping some of it apart. 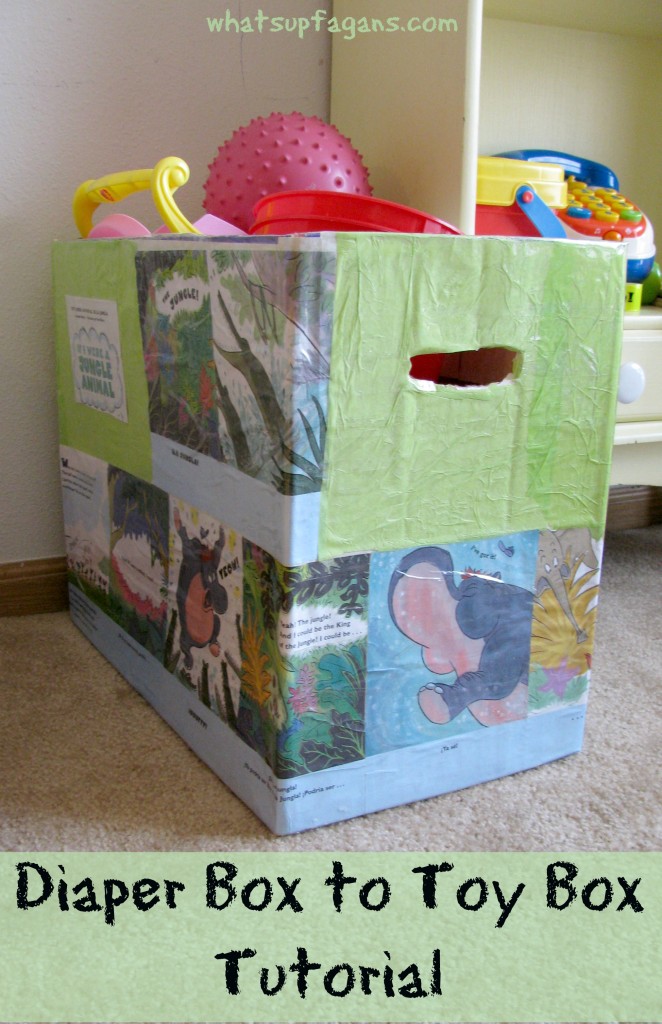 I took the diaper box and cut off the top flaps and then got to work.

I used a 50/50 Elmer’s glue and water mixture as my “modge podge” mixture because it’s cheap ($1 or less for a bottle of glue) but I’m sure modge podge would work better.  I just didn’t have any on hand. 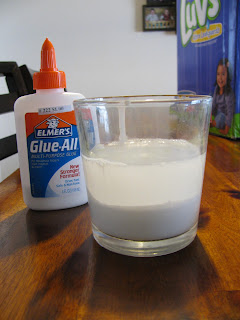 Because the pages of the book I was going to put on the box were not very thick, I decided to cover the whole box first with some card-stock I already had.  I used a thin layer of glue under and over the paper to adhere it to the box. 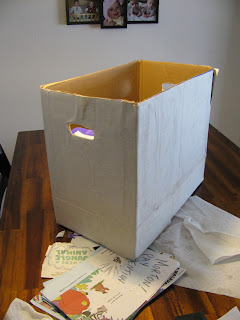 Once it was dry enough, I planned out which pages I wanted where, and realized I didn’t have enough pages to fill up the entire box, so I added some green tissue paper (since the book is If I Were a Jungle Animal by Amanda Ellery, illustrated by Tom Ellery). I then began attaching the book pages, using the same thin layers of glue.  I also added some more card-stock to line the upper portion of the inside of the box so you wouldn’t see the cardboard: 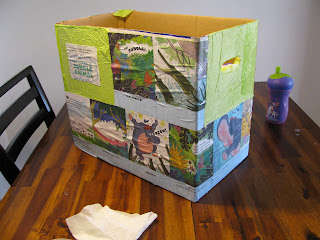 I then let the whole thing dry for about 1-2 hours and then put a layer of clear packing tape over the whole thing (which I also already had on hand).  The reason for this was to protect it from kids who like to destroy things.  It also make the whole thing look a little nicer and more finished.  I then added some toys to it and viola!  I had a much cuter toy box for less than a dollar! 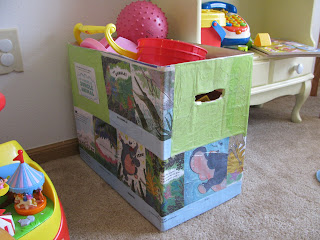 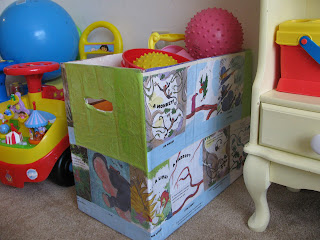 I feel like it fits in well with my kids play “room.” 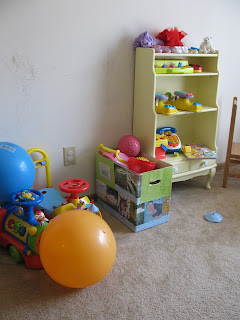 How do you reuse diaper boxes?  What have you done with one?