Sometimes I feel like a unicorn after I tell people that my four year olds still take naps. They cock their heads, mumble something about how their 2 year old stopped napping already, how they actually like the freedom of not having nap time, or how they implement a quiet time every day instead. It seems to me that many don’t know how to get a child to nap every day.

*My affiliate links are used in this post. Thank you.* 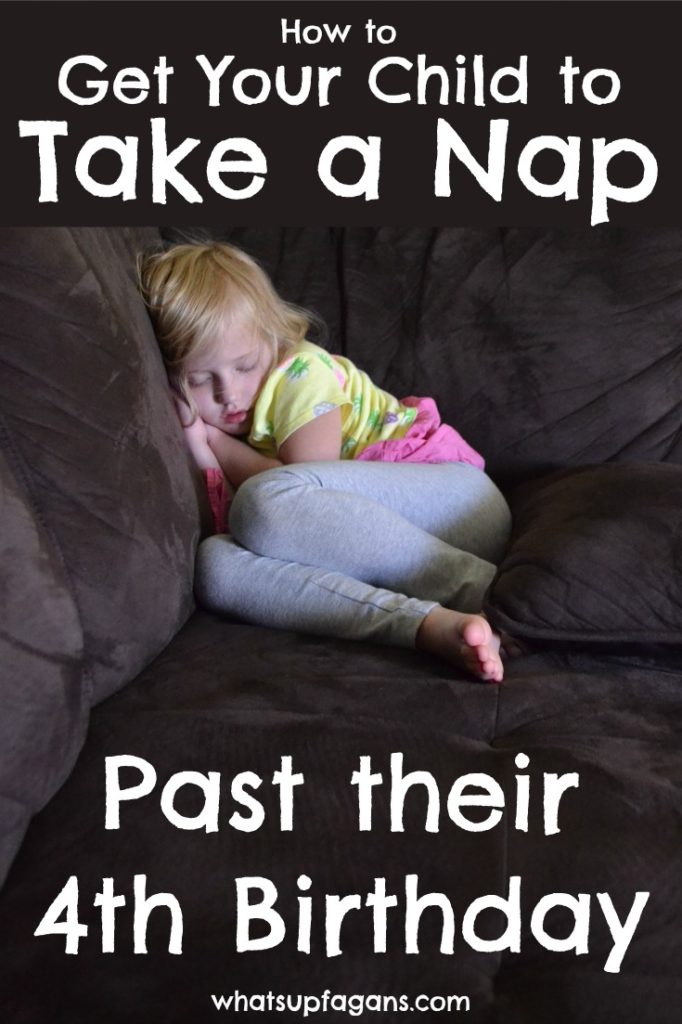 In my daily interactions, it seems I’m the oddball who has children who still take naps, most days, as four year olds. While one of my daughters, Lisa, is much more hit or miss on taking naps, and has always been so, she does still go down every day for a “nap” even if most days lately it looks more like a period of “quiet time.”

But, I guess you could call me a nap Nazi. I do plan our lives around naps. I do work hard to be home at nap time and not out. I do plan meetings and get together around naps. And I really don’t believe in waking sleeping babies and hate doing it anytime I do, even if my child is napping late in the day.  I think naps are extremely important for children. It helps their brain development, their physical growth, and most importantly their happiness and my sanity.

The fact of the matter is, I value my children’s sleep. I value their mental health and low crankiness levels. I value their growing bodies. And I also value my respite during the day.

So, yes, I may be a “slave” to the nap time clock, and have been for the last four years, but I generally love it, appreciate it, and take some pride in my stubbornness at keeping nap time firmly a part of our lives. Because, getting a child to nap until the age of four is not an easy task.  If it was easy most people probably wouldn’t stop the napping at two and a half year olds. If it was easy you probably wouldn’t be reading this post!

And I don’t pick that two year old mark as some arbitrary number. It really does seem to be a common age for children to start actively resisting nap time. Their independence is flourishing, their language is soaring, and their memory is beginning. Lots are out of cribs and into toddler beds, which present the unique challenge of keeping your child contained and still enough to fall asleep. With the freedom of their rooms, children get distracted and restless.

The nap time battle of wills has begun! 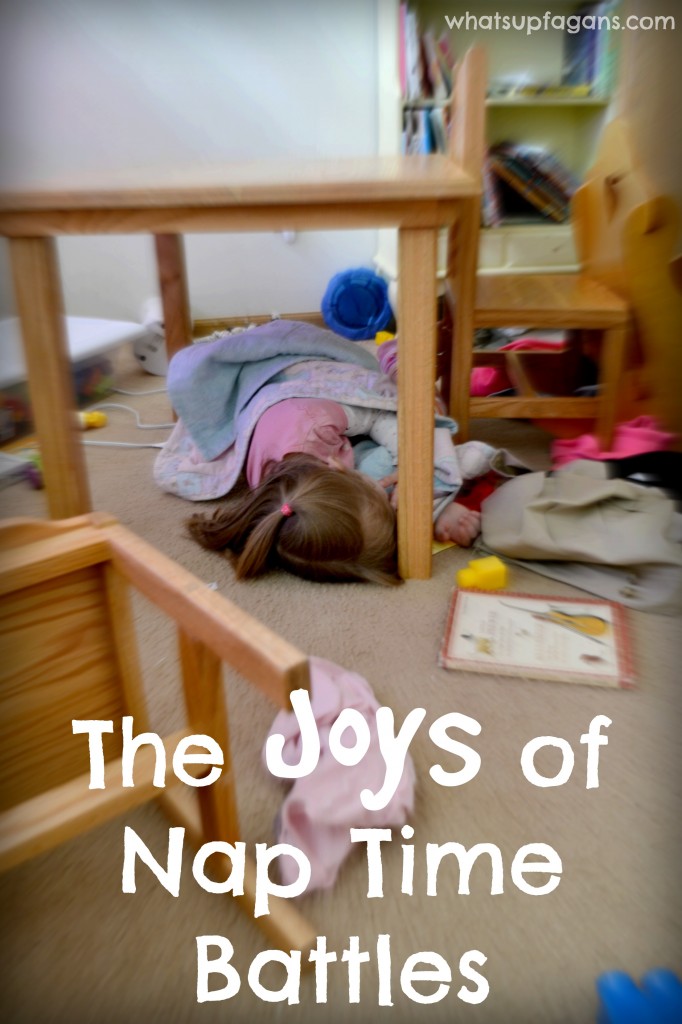 It was around the 2 year mark that we ran into our first big nap time hurdles. Our children were in toddler beds/mattresses on the floor, and gone were the days of laying our twins in their separate cribs and having them play for a few minutes and then happily pass out 20-30 minutes later. Once they started climbing out of their cribs, we switched to toddler beds, which was an adventure in of itself.

So, when our 2 year olds stopped napping, we initially started with removing everything from their bedrooms, aka removing distractions. However, because we have twins, we couldn’t remove the best distraction they had – each other. I mean, I guess we could have put them in separate bedrooms, but since they could climb out of pack n’ plays, we did not trust them enough to put one in a different room where they could get out and mess/destroy all of our, the parent’s, stuff. (We tried a few times.) Anyway, so our best bet was making their room like a prison cell. Nothing but mattresses on the floor. Eventually we even locked up their dresser that was in their bedroom closet as they would remove socks from their drawer and stuff them down the air register. We also bolted down the air register cover as they would pull it off and then stand on it to turn on the light in their room.

Essentially, nap times were infuriating! We came in and out of their room a gazillion times, yelled at them, put them back on their beds, talked to them, disciplined them, held them tight to have them settle down, laid with them, adjusted the start of nap time and bed time, tried bribes, and more!

It was a mess. It was cray cray (crazy). And it was during this time we first heard those “yeah, my kids gave up naps at that age.” It was clear why they did if they were anything like my twin daughters!

But we got through that nap-resisting two-year-old stage by implementing the 10-step sleep method I talked about in an old post. Basically it goes as follows: 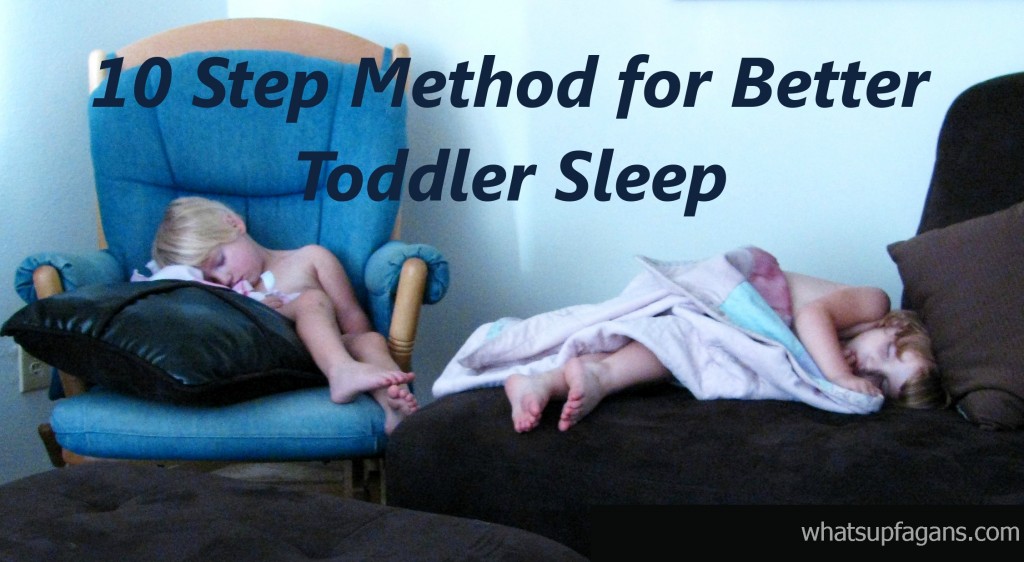 How to Get A Child to Nap – Sleep Method

We did that for a year. Every. Single. Day. At nap time and frequently bedtime too.

And it so absolutely worked.The first month or so was a tad rough, especially on my husband and I, trying to keep our cool, trying to not hate sitting on the floor for thirty minutes or an hour, biting our tongues, angrily stewing that our children were not calming down (still!). But, after a while all it would take is 5 minutes. Literally five minutes of sitting in their room with them at nap time or bedtime until they were completed asleep. It was amazing!!

Gone were the fights, the tantrums, the running around, the destroying their room, the stress, the anxiety. In their place was a quiet home for 2-3 hours, a more-rested mama (cause I would often take a nap myself as I was pregnant at the time), an easy bedtime, more time to relax, read, put my feet up, shower, blog, whatever! An investment on the front end of nap time means naps happen and they happen quicker. It is so worth it.

Now, our nap times are a little different as we let our children nap on the couch. Since I am downstairs with them either in the kitchen or at our computer, it’s essentially like I am “sitting” with them in their room. Most days, assuming they are tired enough, they take a nap on the couch just fine.

But, here are more tips for getting a child to nap past age 2:

Again, getting a four year old to nap every day, is not an easy thing all the time. And some children are so way easier than others. I know! One of my daughters is so easy! She loves napping. She absolutely still needs a nap every day. I know this because if we skip regular nap time, she has been known to pass out around dinner time or shortly after, or pass out in cars, or whenever it’s quiet enough/she’s bored enough. 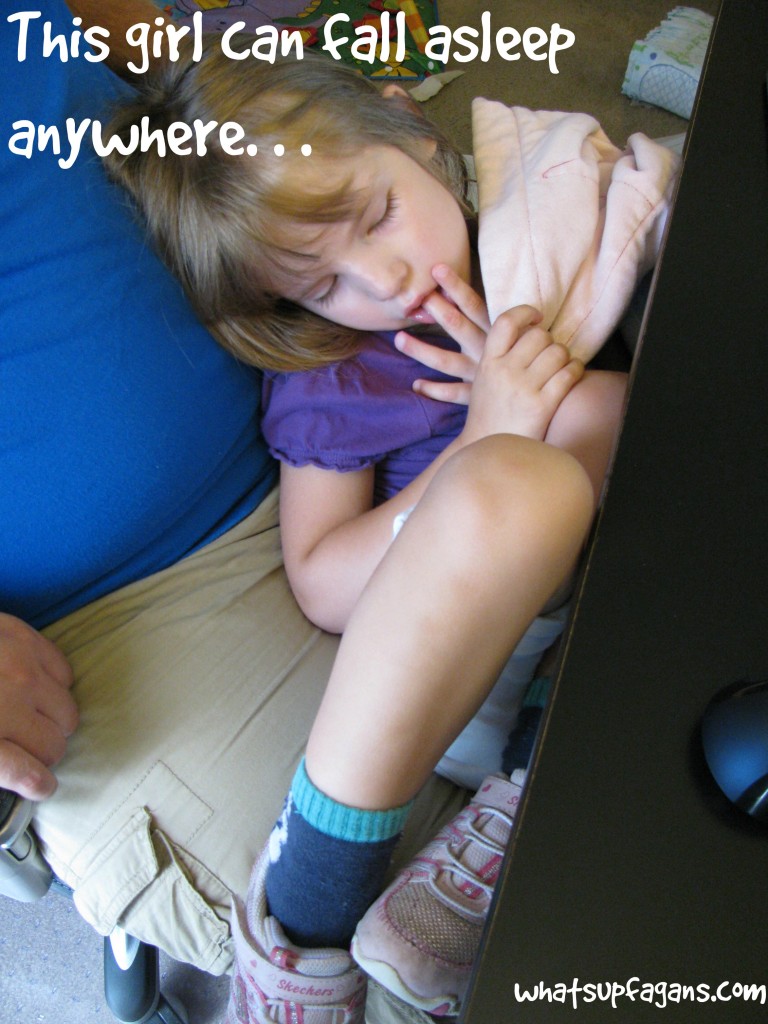 Whereas her sister Lisa is much more difficult and takes what seems like forever to fall asleep, if she ever does. She is way more hit or miss with actually napping, and tries just about everything to not take a nap each day. With twins, I found it best to at least stay in the room (with method above) until Alison, my easy sleeper, at least fell asleep and Lisa was calm. If one was asleep, usually it deterred the other enough to take a nap too, although we often had the problem of Lisa waking up her sister before nap time was over either on purpose, or because she was making too much noise playing with something in their room.

My point is, be flexible. Some kids really do seem to need more sleep than others. Some may not need a nap everyday. Others definitely do. But, I do believe Lisa benefits from the quiet time on the days she isn’t napping. And be sure to adjust that nap time! Some time the biggest problem was when nap time started. We’ve had the start of nap time as early as 10:30am and currently as late as 2-2:30pm. My kids have always taken fairly long naps too, at least two hours and often three hours. I am not one to wake up my kids after a certain amount of time, unless they took a really late nap, and not waking them presents the risk of a super late bedtime for the night. But, other people wake up their kids after 2.5 hours or whatever.

I hope you can find success with your nap time endeavors and with the least amount of stress, worry, and drama involved. Just remember that some days a nap just isn’t going to happen, but to try again the next day, and to just make it a part of life! 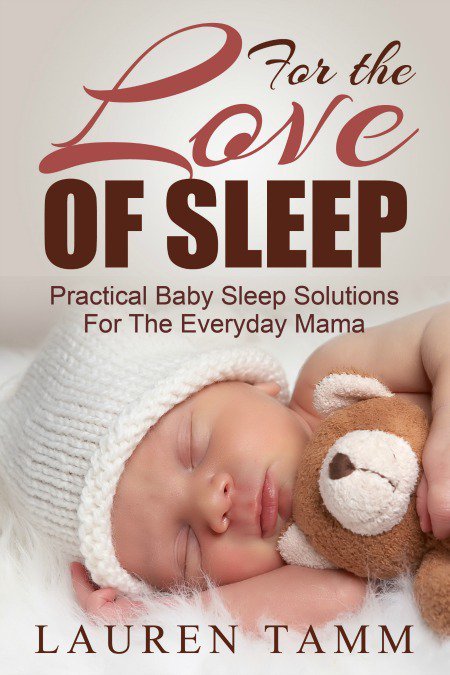 If you need more practical sleep tips for an everyday mama, be sure to check out the ebook For the Love of Sleep!

Now go enjoy yourself during those nap times!

What tips do you have for getting your child to nap until four or even five? Or when did you end nap time for your child?