The last week of August we officially began our homeschooling journey with our five year old twins. We did this even though I have two other children at home, a 2.5 year-old toddler who is my constant shadow and lap snuggler, and a brand new baby, born a month before homeschool began. Just thinking about homeschooling as a very tired, breastfeeding, toddler chasing, work-from-home mom blogger was overwhelming. 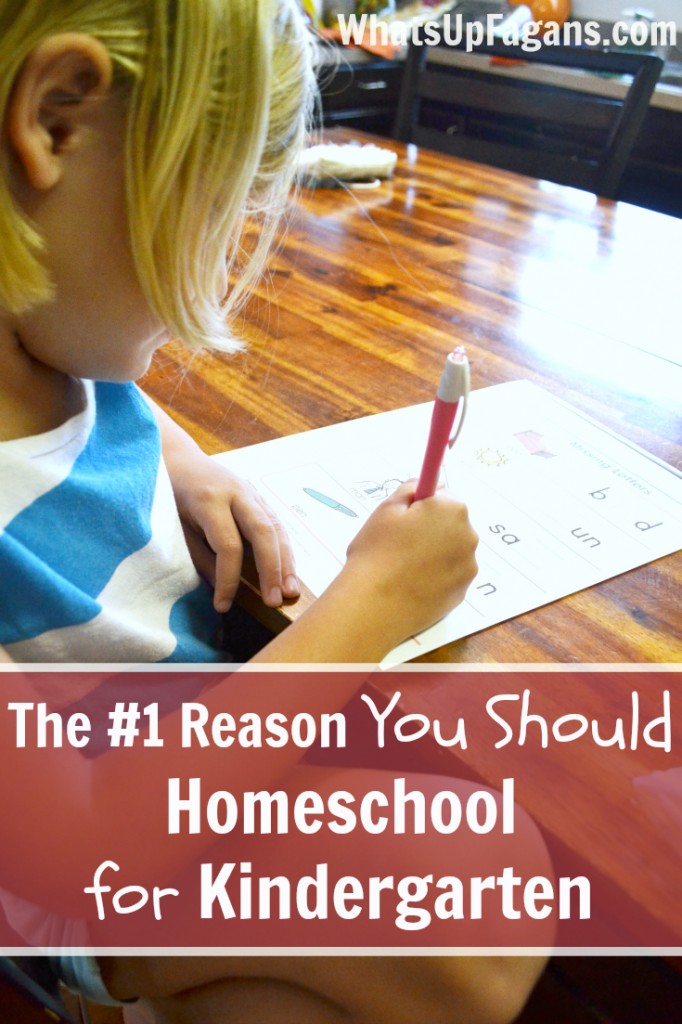 I questioned myself in our decision to do this thing: Would I be able to do a good job teaching them or would I be too tired to think let alone teach? Would I actually be organized and creative enough to prepare lessons that would engage them in learning? Would I be better able to take care of our home, my baby, myself, and grow my blog if they were in public school instead of at home?

I had to seriously consider if sending my twins off to public school kindergarten would be best for our family given our situation.

But, my husband and I had decided a long time ago that we wanted to homeschool and keep our twins home for Kindergarten (at least) and the reasons we made that decision were still alive and well.

My husband and I don’t hate the public school system or hate teachers. My husband is a teacher and I always wanted to be one growing up. I also did great in public school, had lots of great friends, never had a bullying issue, and learned a lot. And my husband did well enough.

Our twin daughters would likely do very well in public school as they are very bright girls who want to learn, and they have an easy time making new friends. They don’t have learning issues or special needs either.

The biggest reason we are homeschooling, especially for Kindergarten, is because I want my children to be kids. 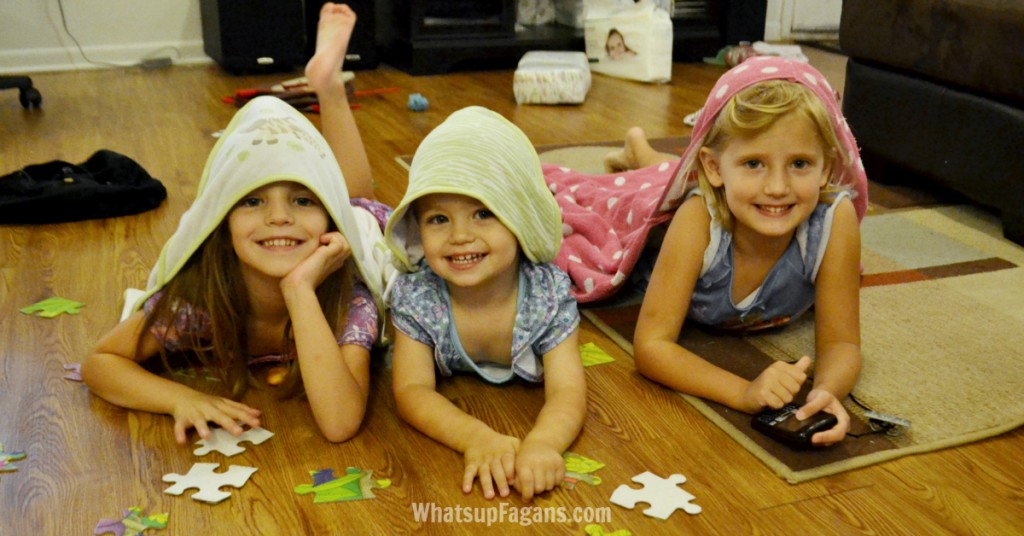 You cannot force children to grow up or be physically, mentally, or cognitive more developed than their age allows. Five year olds need more playtime than time spent sitting at a desk or listening to a teacher.

Playing should be fun! In our great eagerness to teach our children we studiously look for ‘educational’ toys, games with built-in lessons, books with a ‘message.’ Often these ‘tools’ are less interesting and stimulating than the child’s natural curiosity and playfulness. Play is by its very nature educational. And it should be pleasurable. When the fun goes out of play, most often so does the learning.” ~ Joanne E. Oppenheim

I don’t know what the kindergarten classrooms are like in my town (though the schools aren’t ranked very well). But, I can only assume that they have far less freedom than my five year olds are given at home to play, climb, explore, and imagine each and every day.

At home my children can spend as much time as is needed to spell out a word, read a word, color, draw, put together puzzles, or play. No bell will sound to interrupt their progress, or make them pack it up (other than their mother). No peer pressure will be placed on them and no one will call them dumb for not knowing an answer.

At home my children can also pray, learn Scripture stories, and memorize verses freely. They will be allowed to fully develop a good moral character based on Scripture and Truth rather than state issued relative moralism. Raising a child with integrity and values is of far more worth than a high school diploma eventually.

We’re now a full eight weeks into homeschooling for kindergarten. And the truth is that I am very tired with a newborn and trying to keep up with a blog and everything else. Sometimes lessons aren’t very creative, thought out, or organized (don’t even bother asking about crafts).  Often my toddler son doesn’t like being ignored as I work with his sisters on various things and seems to always be asking for a drink or a snack. My baby will often wake too soon from her naps and cry loudly to be held or nursed as I struggle to tend to the needs of my children, my home, and myself. 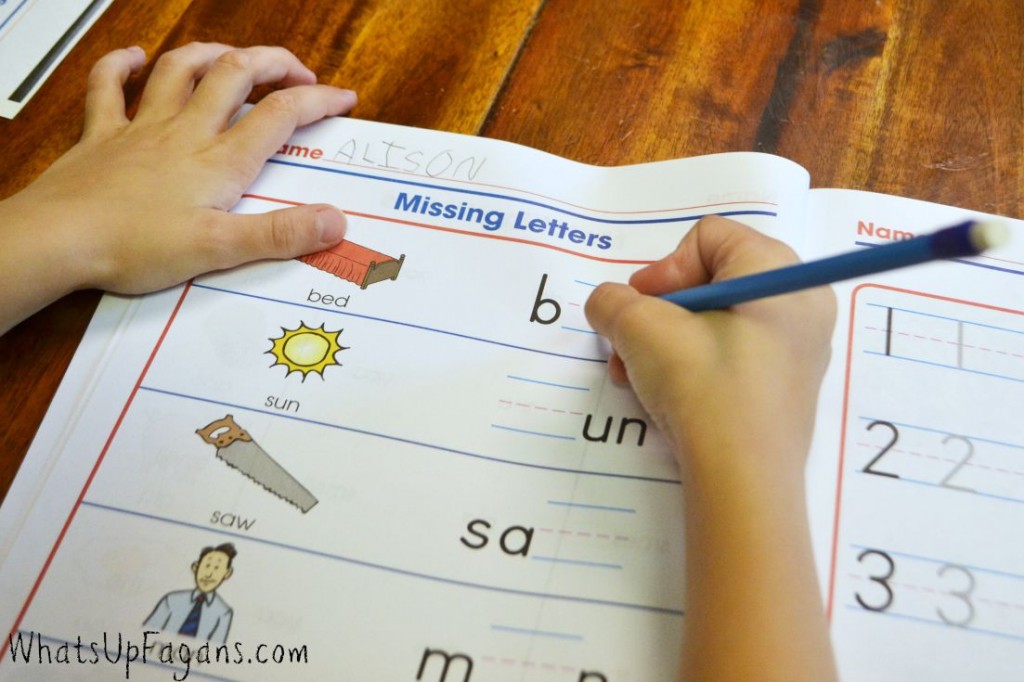 Despite being pulled in many different directions by my various responsibilities, homeschooling for kindergarten is working. My five year-old twins are learning great things.

One of my daughters, on her own, tried to spell princess, and spelled it “prisus.” She can also write the word “love” now, and can sound out several words in our early reader books.  The other is getting really great at identifying syllables and rhyming words. 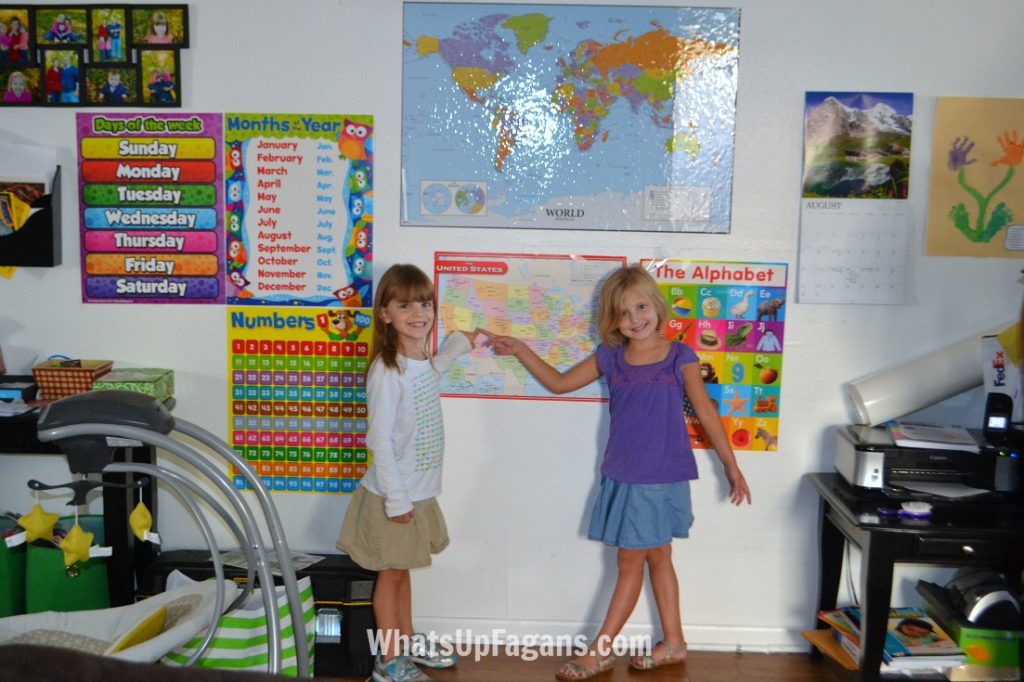 Both have learned new songs, scripture stories, the Pledge of Allegiance, how to use chopsticks (kinda), days of the week, how to write their numbers up to 100, and about Paris, China, and Japan. They are also regularly doing chores and establishing good habits (which is still one of my biggest goals in the early grades!). 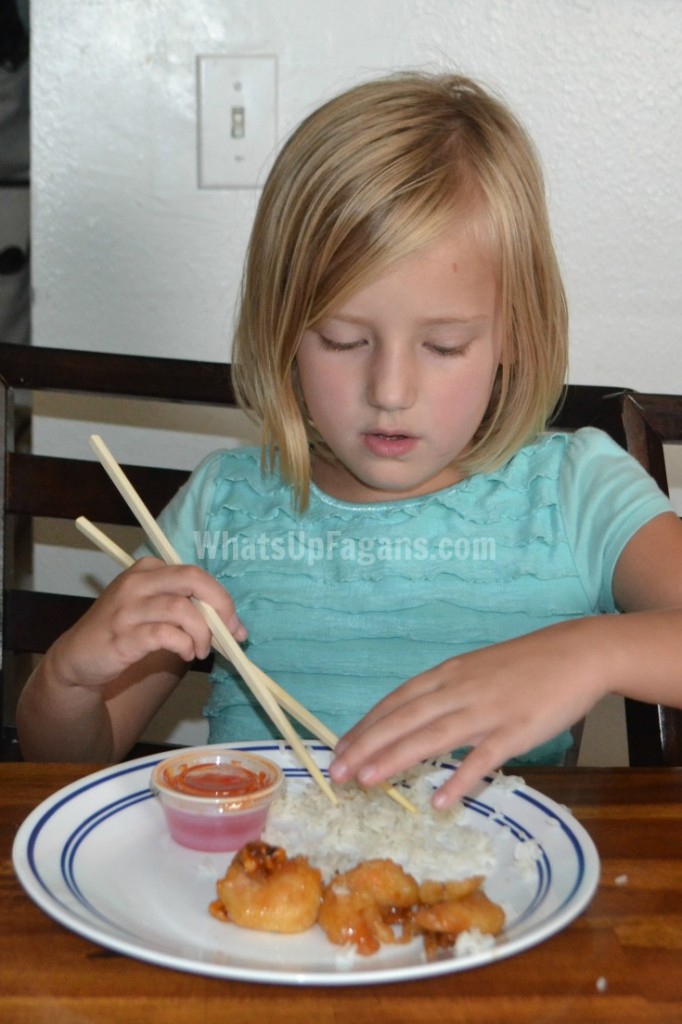 Once a month they even attend a cooking class as part of a local Homeschool group we belong to, do weekly playgroups (which I organized) and occasionally do group P.E. and other classes with our local homeschool co-op. My daughters also spend hours drawing and writing, and most importantly playing with each other, their brother, their new baby sister, our neighbors, and “new friends” at the park.

I know I (too) often drop the ball on planning and organizing our homeschool days effectively and properly (especially these last two weeks). But, I know that tomorrow and next week are new chances to do better, and I try to remind myself that other learning and other growth are still happening, and in very real ways.

I have purposefully chosen a curriculum (Five in a Row) that isn’t strict, demanding, or time-consuming. It’s literature-based and each week has a sort of theme of activities. My main academic goal this year is not to have two fully reading children at the end of the year; instead it is to instill a great love of books and reading. 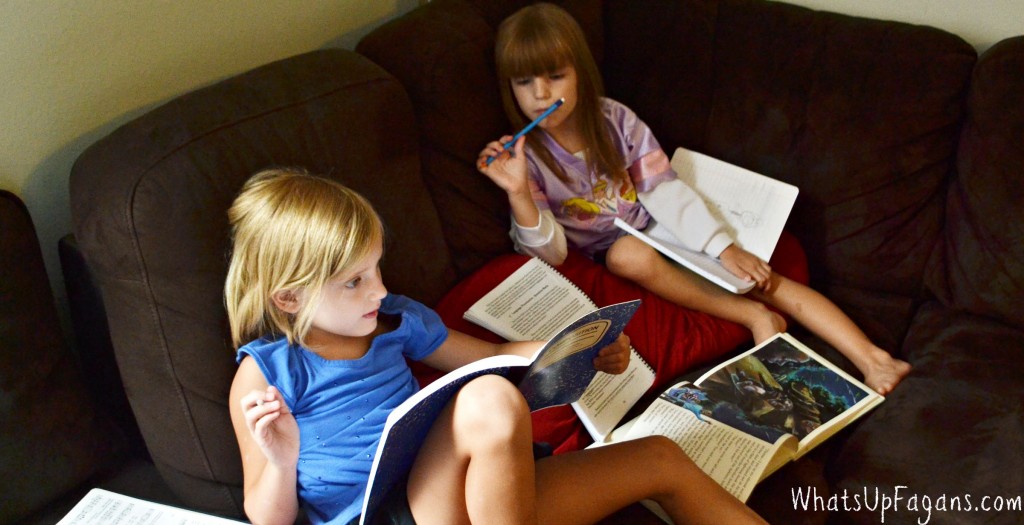 Sending my twin daughters off to public school would likely be easier than our current situation, allowing me more time to myself, more time sleeping as I could nap while my younger two napped, more freedom with two less kids joining me at the grocery store, and more time to work on growing this blog.

But, I want them to be kids and that is best done at home. Because of that desire, it doesn’t matter how much easier than the alternative may be. Besides, my children are amazing and I am blessed  to spend my days with them.