For my girls’ third birthday, they were given sparkly fairy wings.  Unfortunately the wire and nylon didn’t hold up to well my rough three year olds and were soon broken, with holes in the nylon wings, and wire poking out.  So, shortly after their third birthday, their fairy wings were in the trash.

So, about a month ago, my daughters were asking if we could go get some new fairy wings.  But, instead of running to a store where they could buy another pair just like the ones they used to have, which would undoubtedly not last very long, and cost us money, I decided we would make our very own fairy wings with what we already had around our home.  Therefore there would be no cost, and we would make them together, so it would be much more fun than just going to a store. 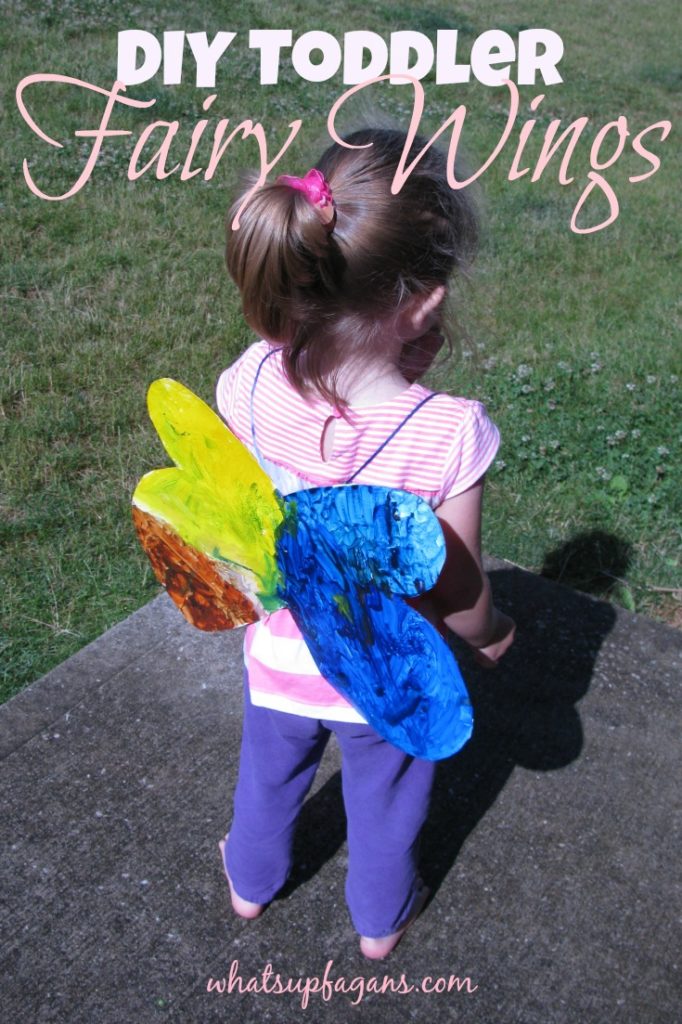 I ended up spending three days on this project due to wet paint. The first day I grabbed some cereal boxes and traced half of a wing set on each side of the box, tracing my first cut-out three times, so they’d all be the same. I cut them out and then stapled them together. 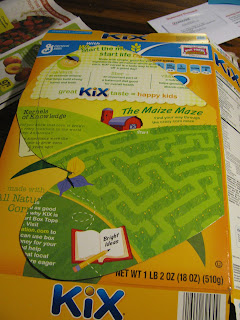 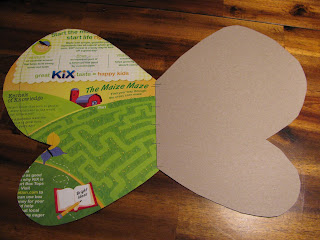 After they were stapled, I applied some gesso to the wings, to cover up the large KIX and corn maze on the back of the wings.  I had to apply two coats to the waxy, glossy sides of the cereal boxes, which took quite a while to dry. 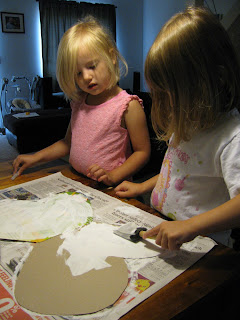 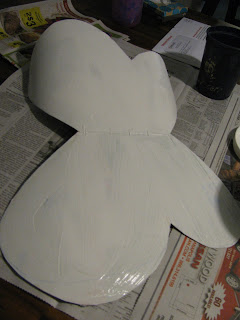 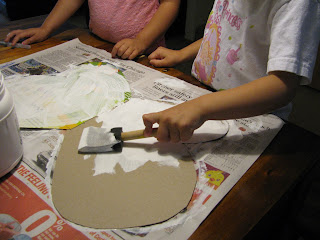 The second day we got out our fairy wings, it was time to paint them fun colors!  I pulled out my acrylic paints, and let my kids go at it!  I painted some on both of the girls’ wings, but only Lisa left it uncovered by more paint.  Alison didn’t want my help.  Lisa mixed her paints with lots of water, and kept mixing them, creating a lovely brown color. I again let them be for another day or so. 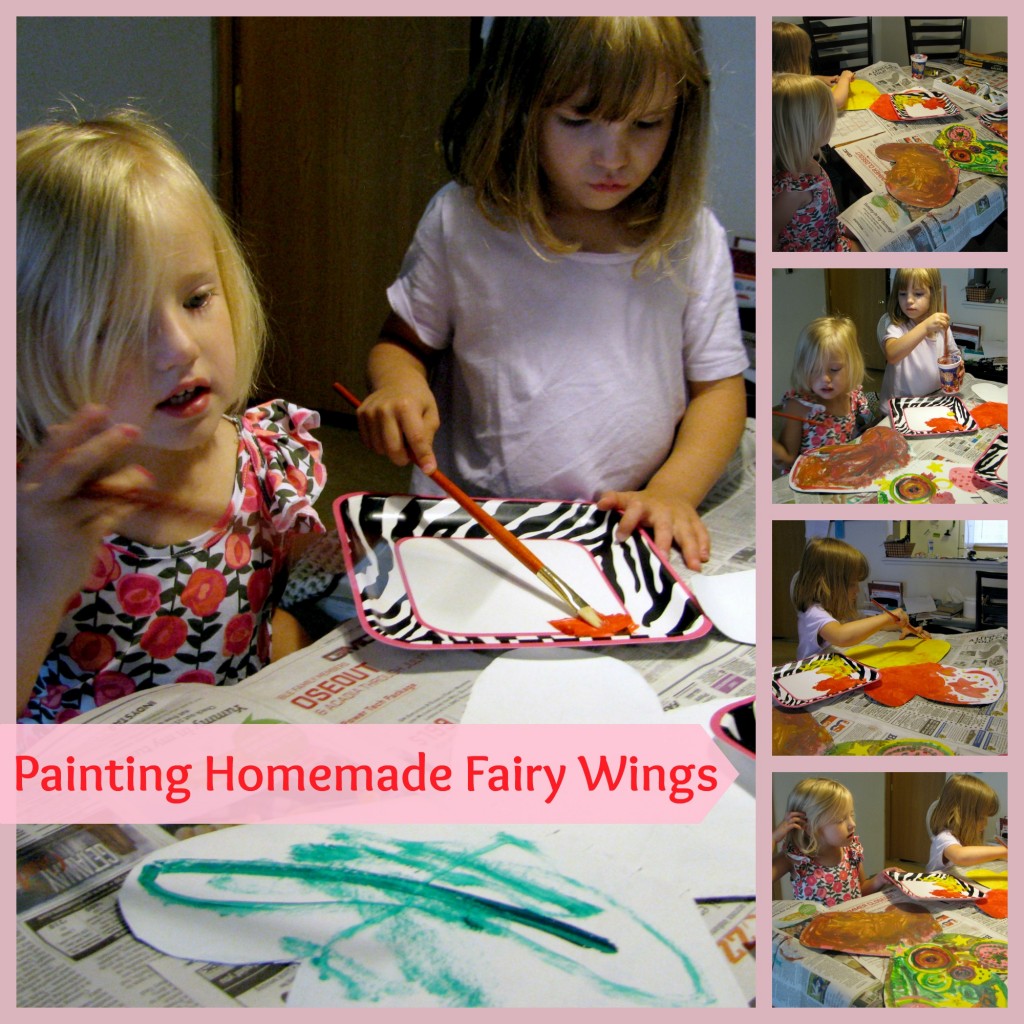 On the third day, we painted the other side of the toddler fairy wings!  Again I let the girls paint.  Alison is very meticulous and careful with her painting and paints, whereas Lisa is very loose and sloppy.  We let them dry again. 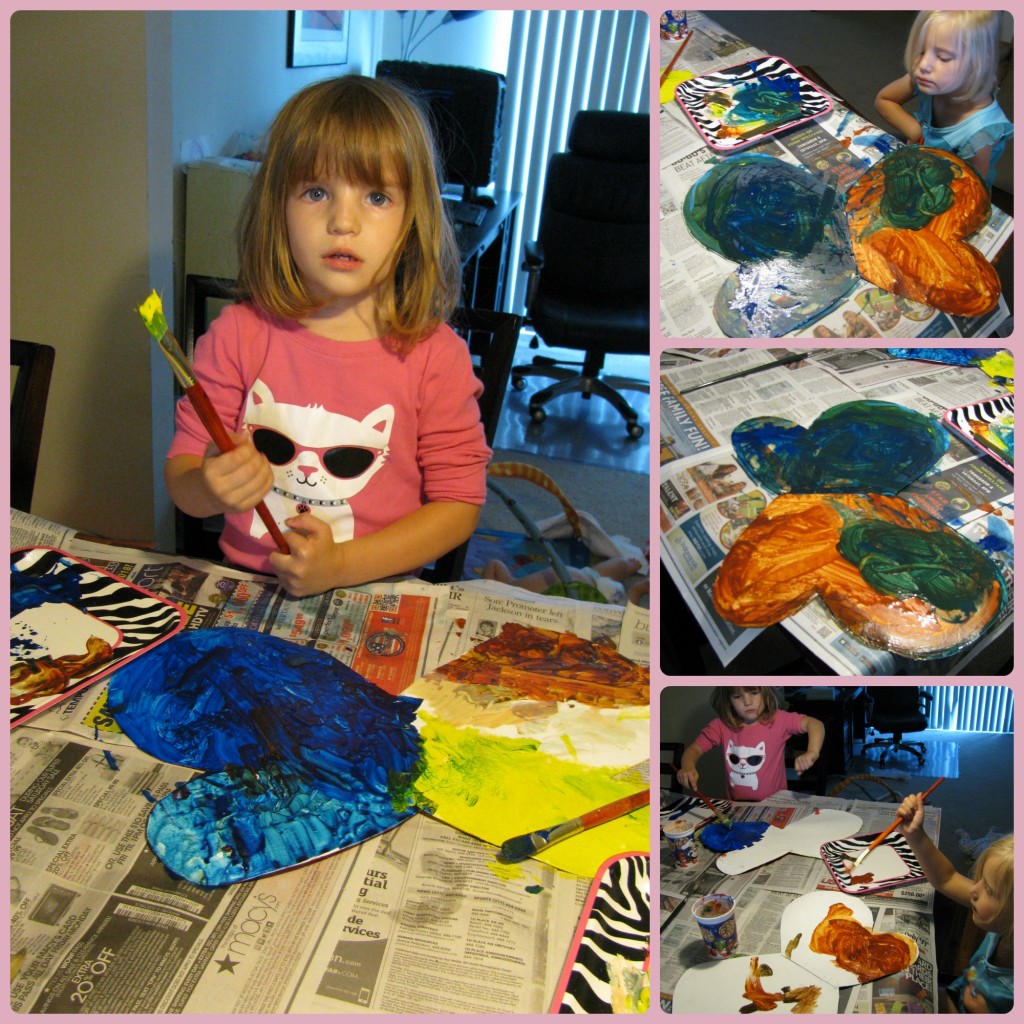 After they were dried I had to figure out how to attach the strings so my girls could actually wear them.  I knotted a string together, then stapled it in the middle.  But, they kept coming loose, so I got out the hot glue gun and restapled and then glued it on to the back. 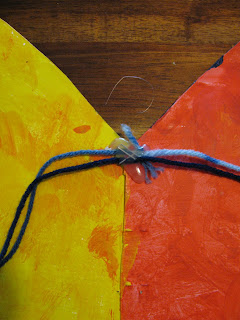 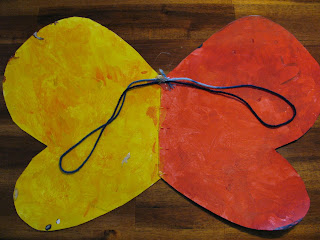 And my girls LOVED them!!  They were all smiles and giggles.  They even wore them during nap time, dinner, and outside.  They kept asking me to teach them how to fly! 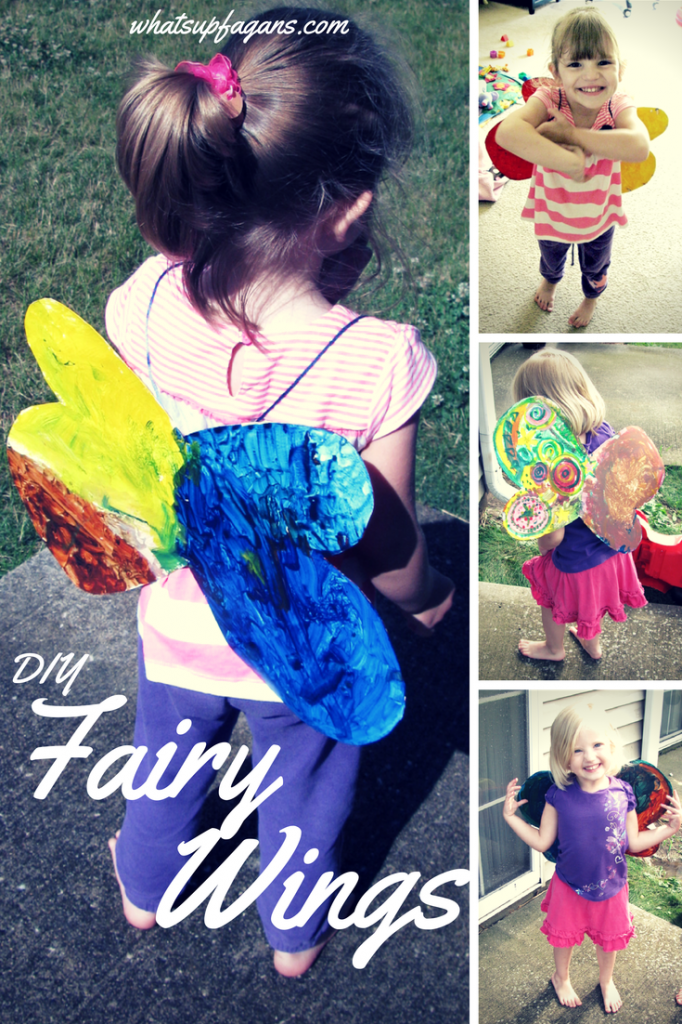 Our Homemade DIY Toddler Fairy Wings (or Butterfly Wings) turned out great! I think they turned out pretty darn cute!  I loved that my girls painted them and that they were unique to each of them.  Also, they didn’t cost me a penny since I already had all the supplies on hand.  The major downfall is how long it took (it was spread out over a week), but also liked that my girls did it with me. The downfall is that one of the wings (Alison’s) string completely fell off, leaving a chunk of cardboard missing in the center, and her wings also got bent down the middle, and I don’t really know the best way to fix it.  My plan is to attach two separate strings, one on each wing, in the middle, and attach it with hot glue.  The other set of wings had a giant tear in one (because my children are destructive) but I just taped it back together.

What do you think about my girls homemade fairy or butterfly wings?  Have you ever made homemade, DIY toddler fairy wings for your kids?