This post is sponsored by Tacky Box and VoiceBoks. I received a Tacky Box kit in order to do an honest review. All opinions are 100% my own.

Here on What’s up Fagans? I am a big believer in instilling values in my children. I want to not only raise smart kids who know their letters and numbers, but children who will know how to treat others with kindness, respect, and love. Children who will grow up into mindful, courteous, awesome adults, the kind of person you want for a best friend. So I am excited to share how a new product, Tacky Box, is working on teaching kids to be kind, one child at a time. 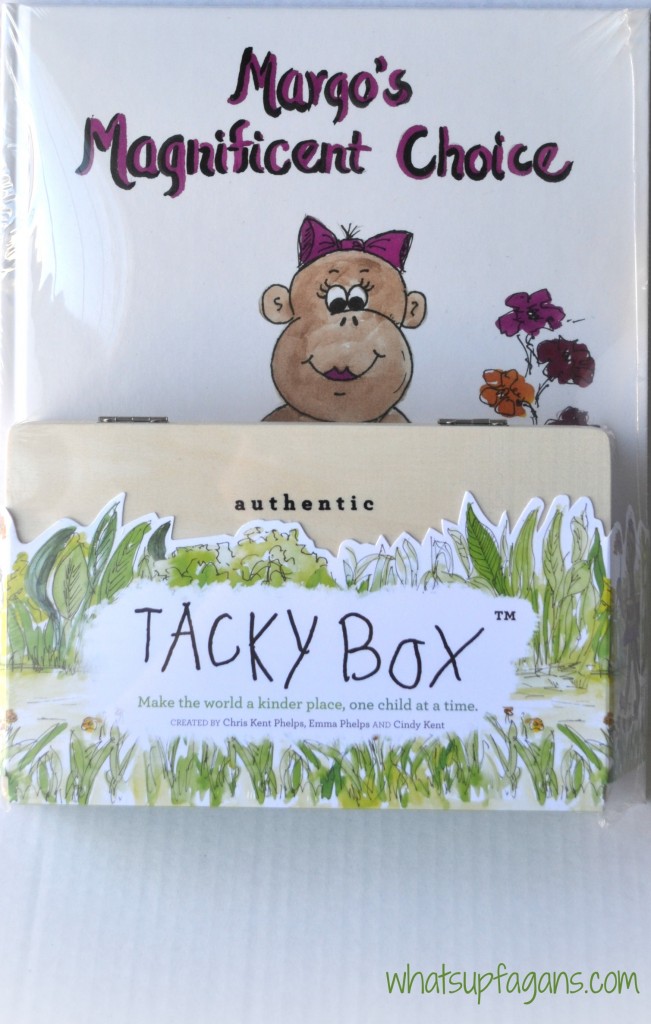 We received a Tacky Box in the mail, and my kids were excited to open it up and read the story, and play with the box, but we waited until Monday night’s Family Home Evening until we opened up the kit. We then read the story together. 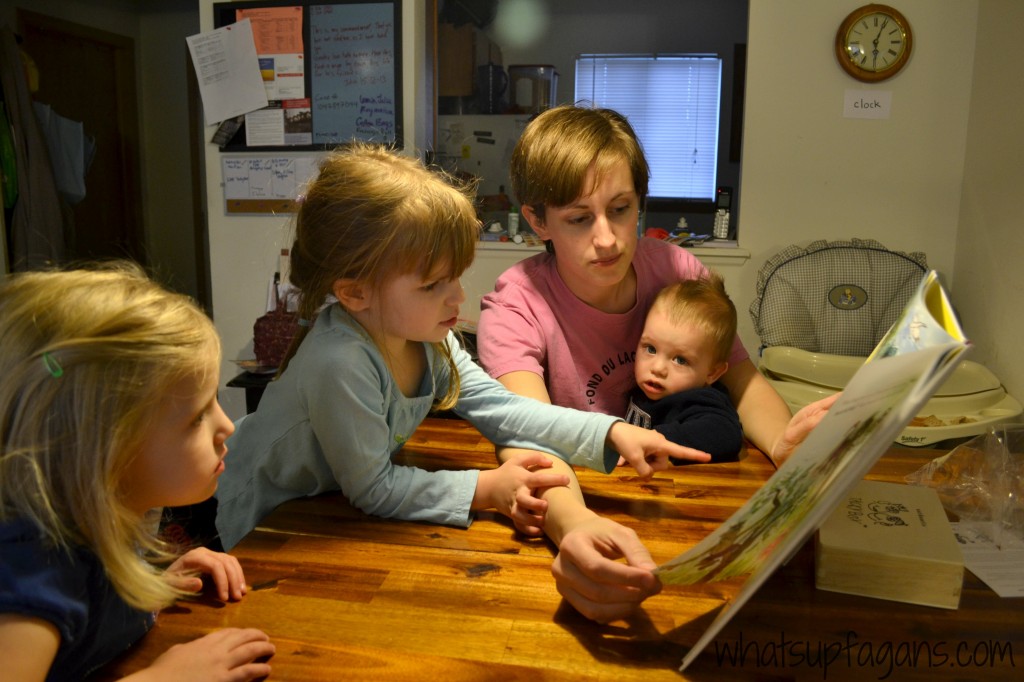 The book “Margo’s Magnificent Choice” is about a monkey named Margo (or Max if you get the “boy” version) who is trying to play with different animals in the jungle, but keeps offending them by using tacky words like “Fatso,” “Dummies,” and “Stupid-Heads.” Margo doesn’t understand why her would-be playfellows don’t like her, as she doesn’t really understand what these tacky words mean, as she’s just repeating what Pete the Parrot said. But, then the old wise owl comes and explains to Margo that she has a choice to make – she can either choose to repeat tacky words she hears, or she can choose to you use kind words, emphasizing that poor word choices can impact how beautiful we are on the inside. Margo makes the magnificent choice to be a good monkey who uses kind words. The owl and the monkey high-five and the owl presents Margo with a tacky box. He tells her to write down tacky words she might hear or say and put them into the tacky box and then lock them up, removing them from her mind and heart forever. Margo decorates the box and puts in the tacky words she said earlier in the day. The story ends with her using positive words with the jungle animals she had previously offended, and playing with them.

I really liked this story. There are many “moral” books out there, but most just come off super cheesy. I liked that Margo was unhappy, despite being smart, beautiful, and talented. Those things didn’t make her happy and not having friends made her unhappy. Also, it’s realistic for young children to use words they don’t understand the meaning to among friends, to test them out, and then not understand when they offend someone. And the best part is that Margo learns the truth about tacky words by herself, with a little guidance from the wise old owl, and then made a personal choice to not use them again. While the illustrations aren’t my favorite, the story, for the most part, was great! It prompted easy discussion and dialogue with my daughters as we read.

Your very own Tacky Box

The last page of the story invites the reader to decorate their own tacky box and put tacky, unkind words in the box, and make the magnificent choice not to use them again. Because we didn’t want too big of a mess, we let our twin daughters decorate their tacky box with markers and stickers, instead of paint. They loved decorating it, taking their time. When it was done, we talked about some words we could put in the box. It was weird to ask my children to say “bad words” in the name of having them never say them again. Because my twins are only three (almost four), they cannot write the words themselves, so they do need to say them in order for us to put them in the box. My children mostly used the words that were in the story, but included things like hitting, shoving, pushing, and fighting. 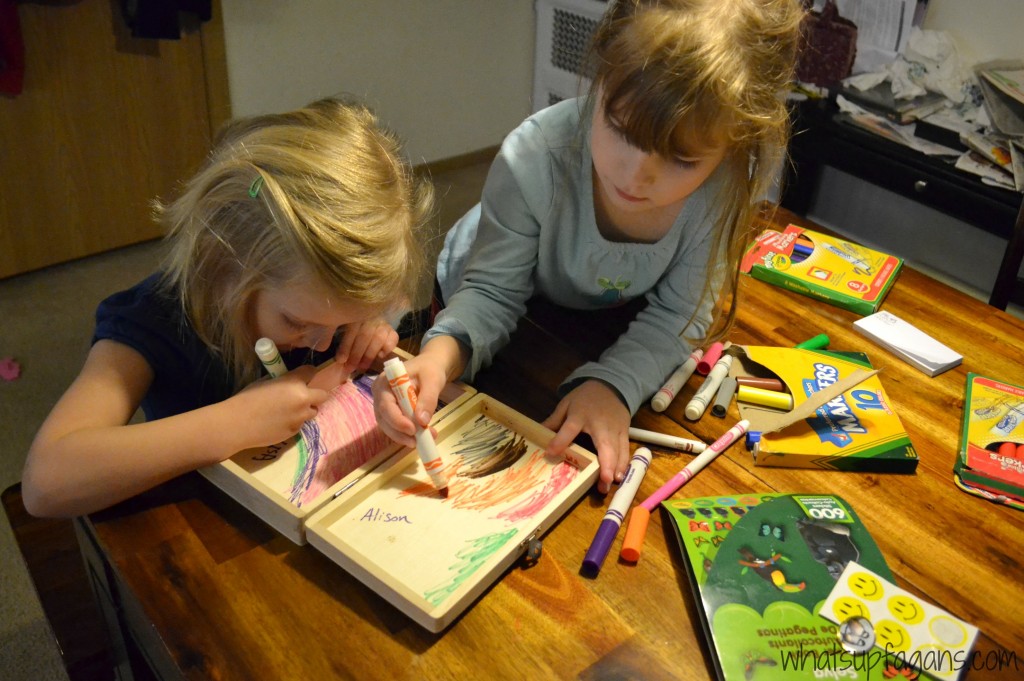 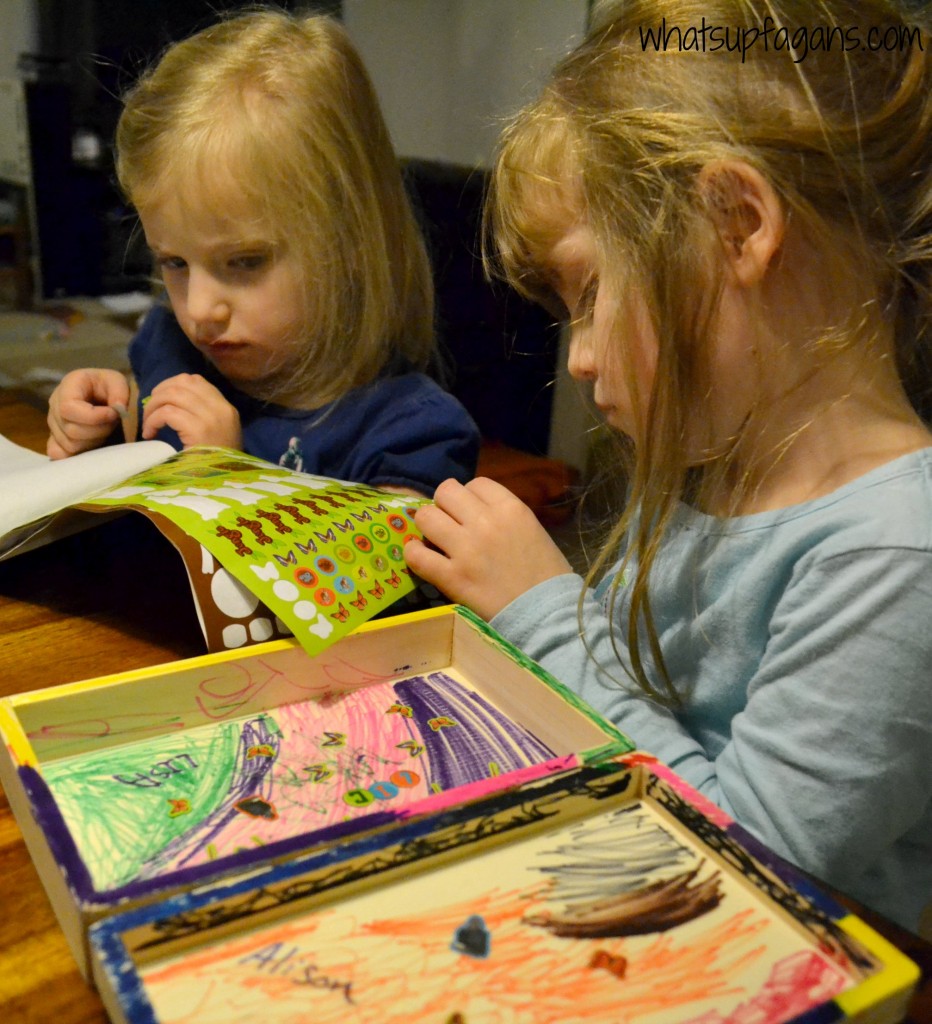 We read the story again the next day, per my girls request, and afterwards they pretended to be the owl and the monkey, handing each other the tacky box, and high-fiving. They want to continue decorating it, and want to write on the slips of paper that came with the kit. I think my girls truly love that they can reenact the story in the book with their own, real, tacky box. 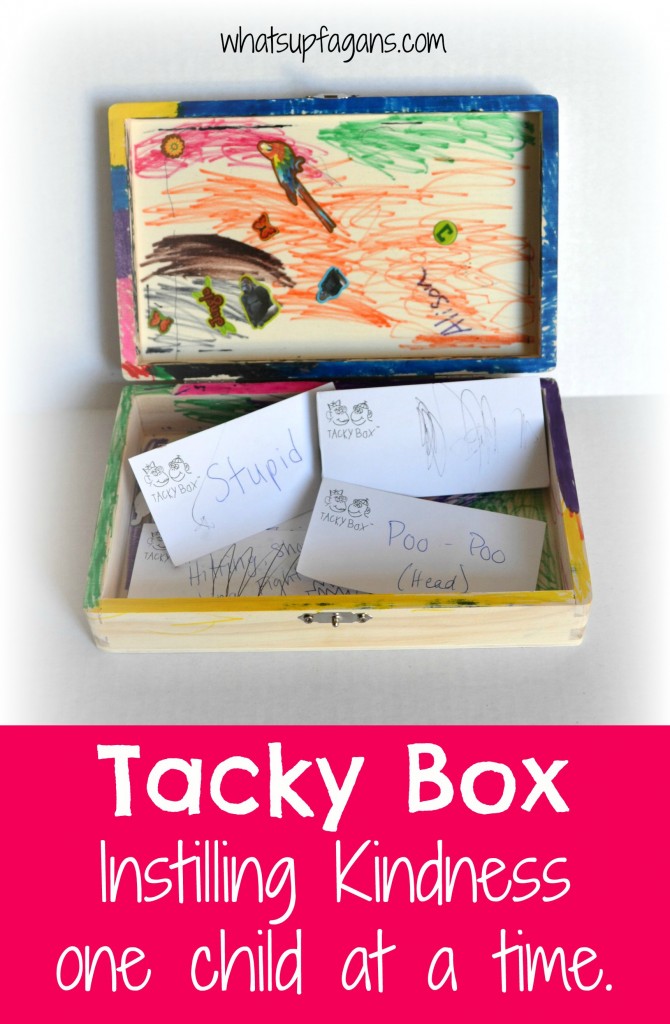 The point of the tacky box is to help children navigate through life with a kind heart and good manners. The creators of Tacky Box want every 3-8 year old child to have their own Tacky Box Set to use in their home, because they want to negate the words and actions of others before they make their impressionable mark on our children’s language and habits. The Tacky Box was originally created by a family when their kindergartener came home and said her first four-letter word. Shocked and unprepared, they made up a tacky box. After that first week, the parents were blown away when both of their children started taking pride in distinguishing between what’s appropriate and what’s not, policing their own words and actions, and encouraging others to be kind as well.

They want this ripple effect of kindness to spread! I love this idea! You can equip your child and your home with a tacky box for only $29.95.

How do you establish kindness in your home? How are you teaching kids to be kind?

Be sure to Follow My Instilling Values in Our Children Pinterest Board for even more great posts!