When my twins were toddlers I spent a very long time trying to convince them both that clothes were worth keeping on for the duration of an entire day, especially during nap time, along with their diapers. But, they were unconvinced. They knew clothes were overrated and that going pantless, shirtless, diaper-less, and certainly shoeless was definitely the way to go.

Consequently, I picked up random pieces of clothing all over my house for a very long time.

When they finally mastered dressing themselves, and also keeping their clothes on for an entire day, I was ecstatic!  I no longer had to wrestle twins into pajamas, shirts, or pants, or snap them into Onesies.

With twins, a break from one daily parenting obligation was welcomed with a sigh of relief.

But, with the ability of dressing themselves came a new-found independence and the start of personal preference. 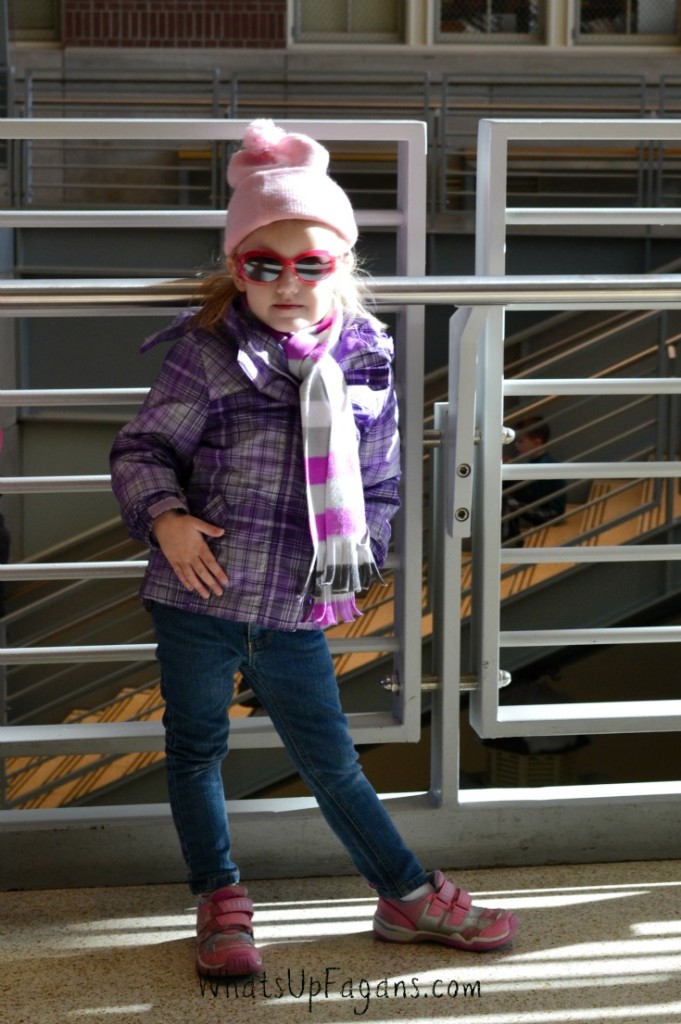 Almost daily my twin daughters greeted me with ridiculous clashing outfits that were for the wrong seasons, didn’t make sense as an ensemble, or generally looked terrible together.  Some days my daughters wore sweat pants with a sequence top, or long purple socks over their leopard print leggings, with a Zebra striped shirt. To this day they often wear mismatched socks of different colors and ankle height. 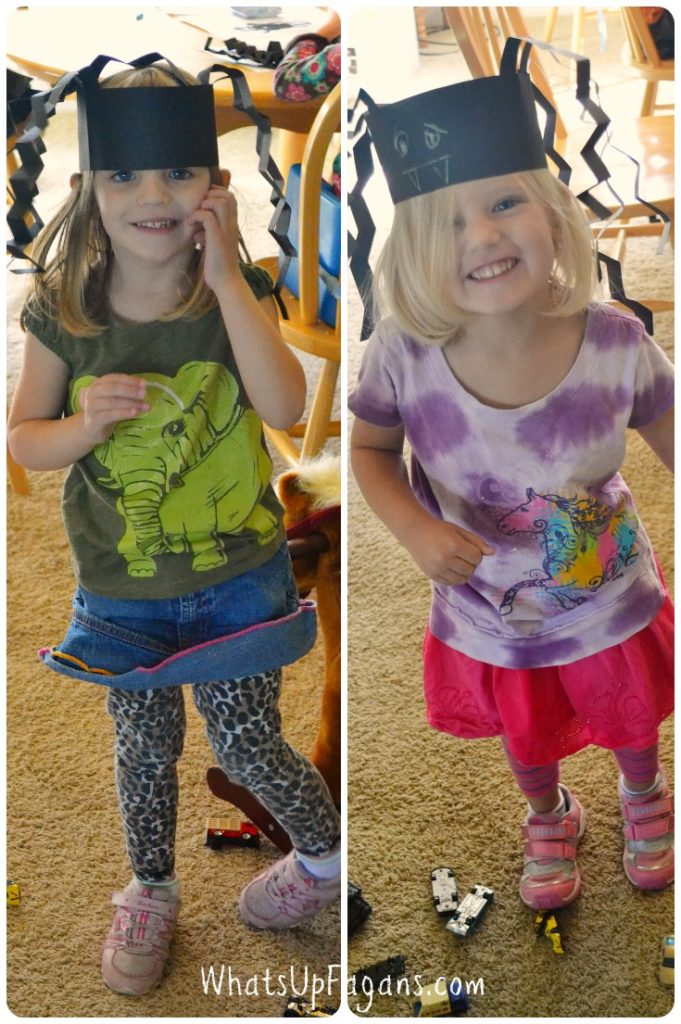 Of course I thought their outfits looked funny, but honestly, I was happy they were dressed and that I didn’t have to do it. As two years olds, did it really matter what they wore anyway?

The real problem arose when we asked ourselves whether or not they could leave our house in such get-ups and what was acceptable or not.

What Should Young Children Be Allowed to Wear?

As our children aged, left diapers behind, and then left the toddler and preschool years too, my husband and I discussed their clothing choices and what would be allowed outside and even inside our home.

In general, we let the kids wear whatever they want to wear out in public. But, there were a few caveats.

My husband was adamant that leggings were not pants, and that they were only to be worn underneath skirts, never by themselves.

As they grew older, taller, and leaner, I also grew more uncomfortable with how tight these “pants” were and readily agreed with my husband on this matter, even though our daughters absolutely love wearing skirts year round, no matter what the weather is, the color of the skirt, or if they’ll be playing outside or in.

However, our almost six year old twin girls do not always sit upright or with their legs closed, and one really likes to sit with her knees next to her face, a lot like I did as a kid too. To allow their love affair with skirts and playing to go uninhibited, and cover them appropriately, most of their skirts are actually skorts, or skirts that come with sewn-in shorts underneath. However, not all of them are skorts. 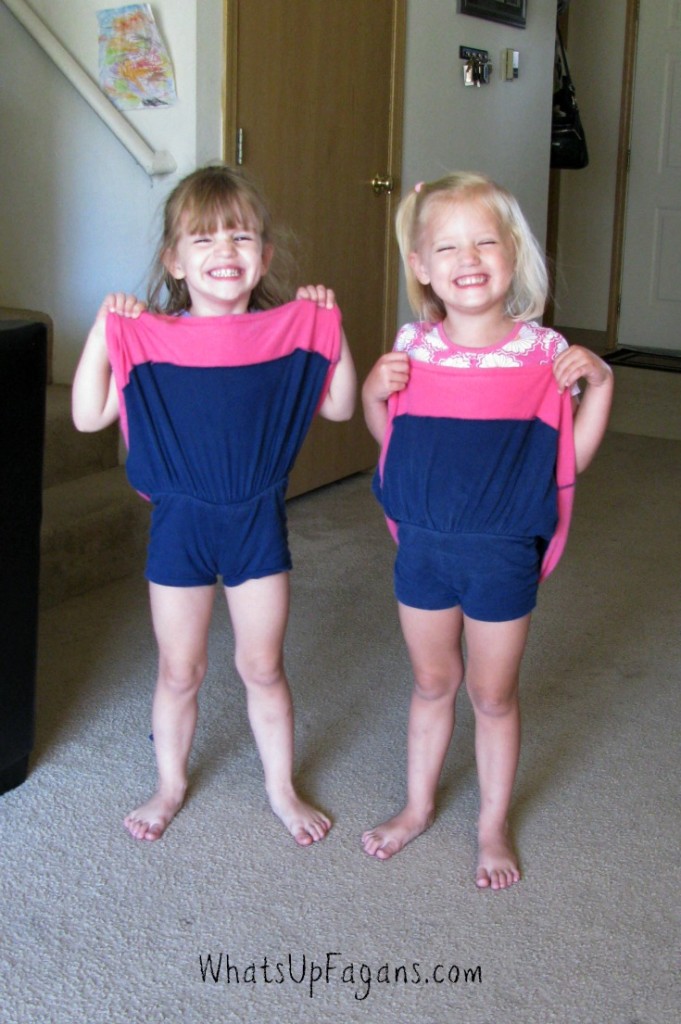 I partnered with Lucky and Me and they sent me some girls bike shorts and underwear to try out. They are very cute, comfortable, and girly, and perfect for wearing underneath their skirts so they can play and jump around at the park or wherever and not have their bums or underwear flashed around. The underwear is much nicer and better fitting than these ones they used to wear. 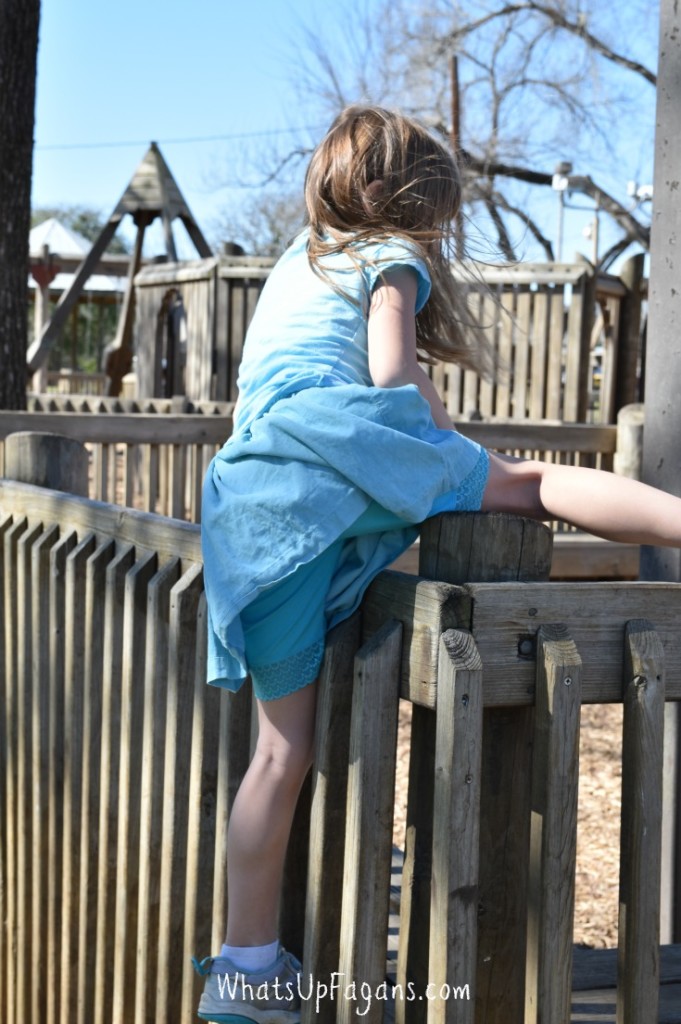 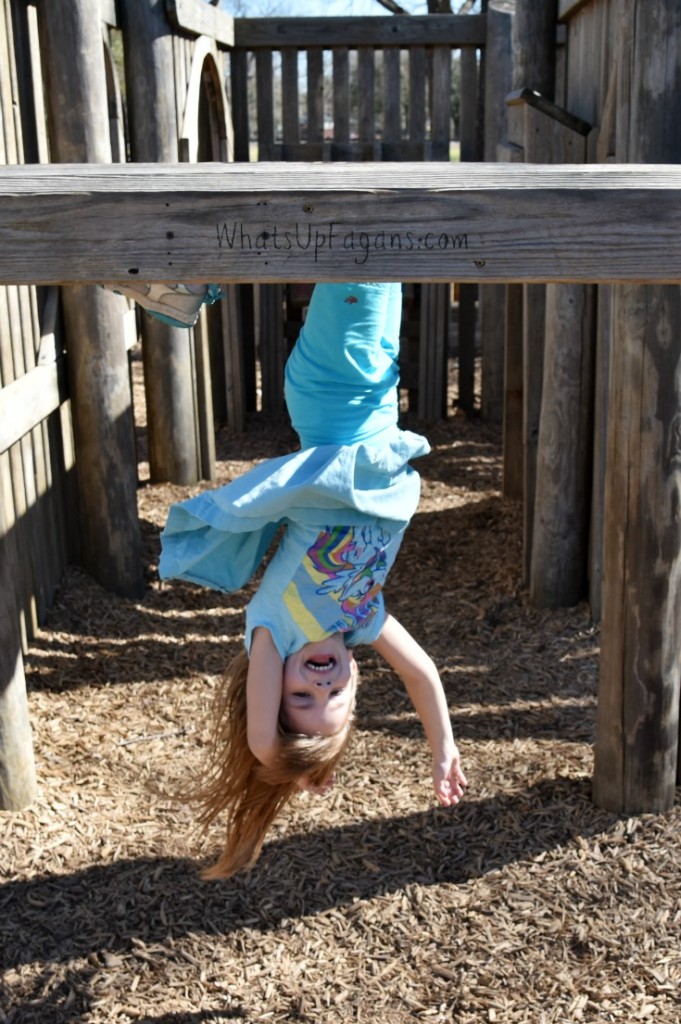 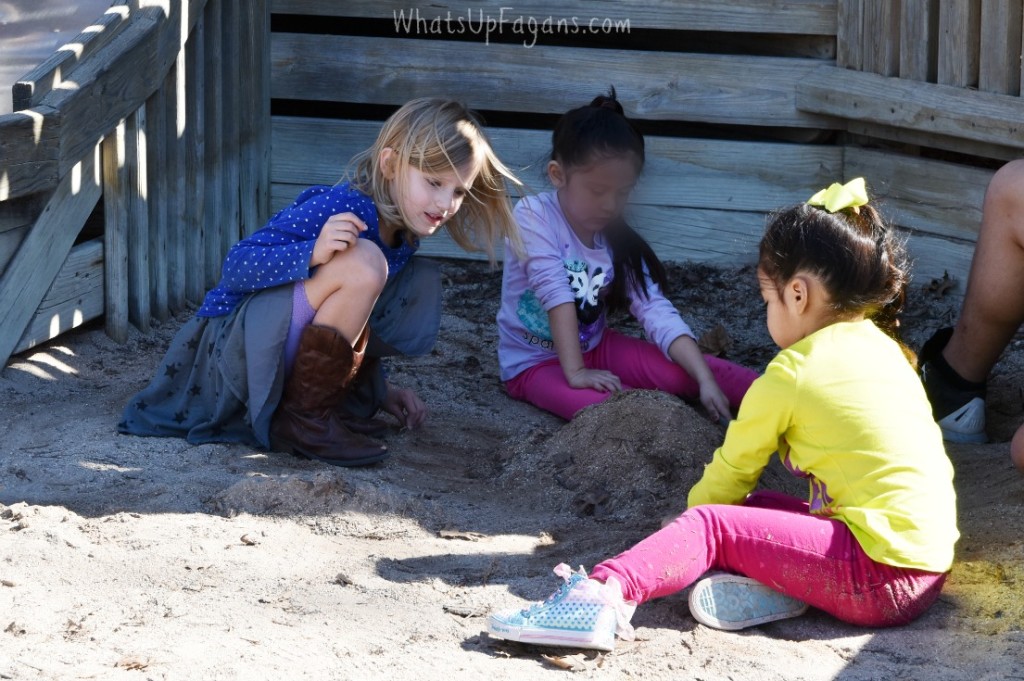 They love wearing the soft Lily organic cotton underwear and bike shorts and I love that they can still hang upside down on the monkey bars or climb over fences and no one will see things they shouldn’t really see. If you like them, you can use code FAGAN20 to receive 20% off your Lucky and Me order until June 30, 2016, for first time users, or buy through Amazon and get some for your kids. I’m also hosting a giveaway (at the end of this post). 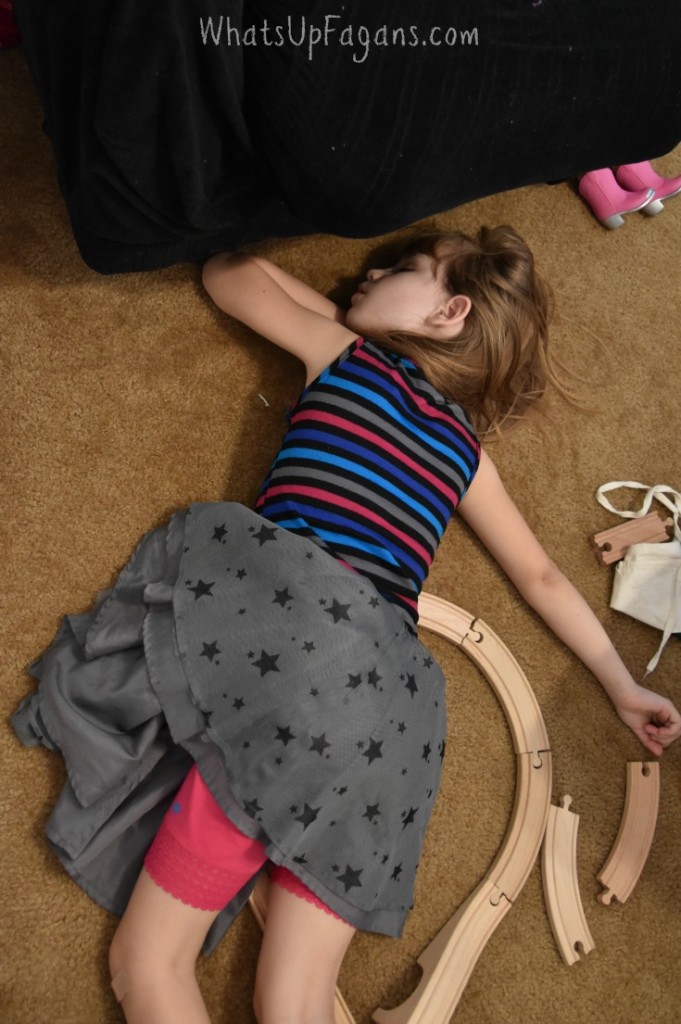 On Sundays we require our children wear dress clothes to church, paired with tights, leggings or Lucky and Me Jada bike shorts as needed for the weather and length of the skirt. Their Sunday dresses are not play dresses either, nor are their Sunday shoes to be worn to the park. We often have them change into play clothes after church, and before we eat in order to keep their Sunday dress their Sunday best. 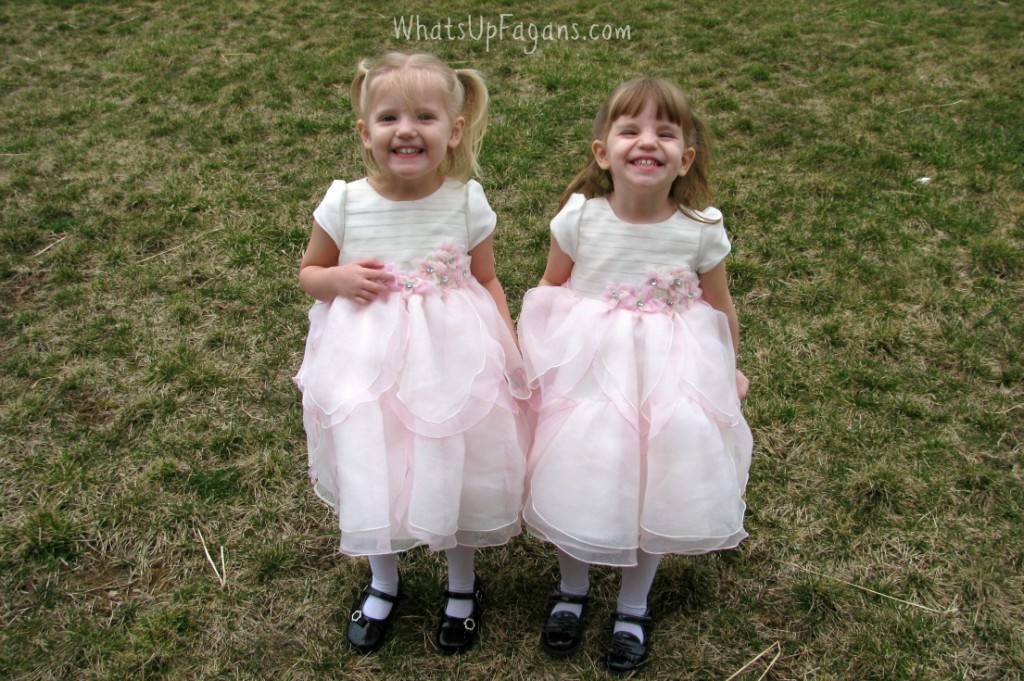 Another simple rule we have is to ask our children to wear their clothing properly, meaning everything has to be right side out and facing the right way (aka not backward or on the wrong foot). Sometimes we don’t realize this until after we’ve left the house.

When it comes to costumes and dress up clothes, we don’t allow our children to play outside in them or wear them to the store. The major reason is one of practicality – these costume dresses are expensive yet poorly constructed, bulky, glittery, and not conducive to active outdoor play. We don’t want glitter all over our car, the dresses to get dirty or ruined, or have a hard time strapping children into car seats. Thus, no costumes out. 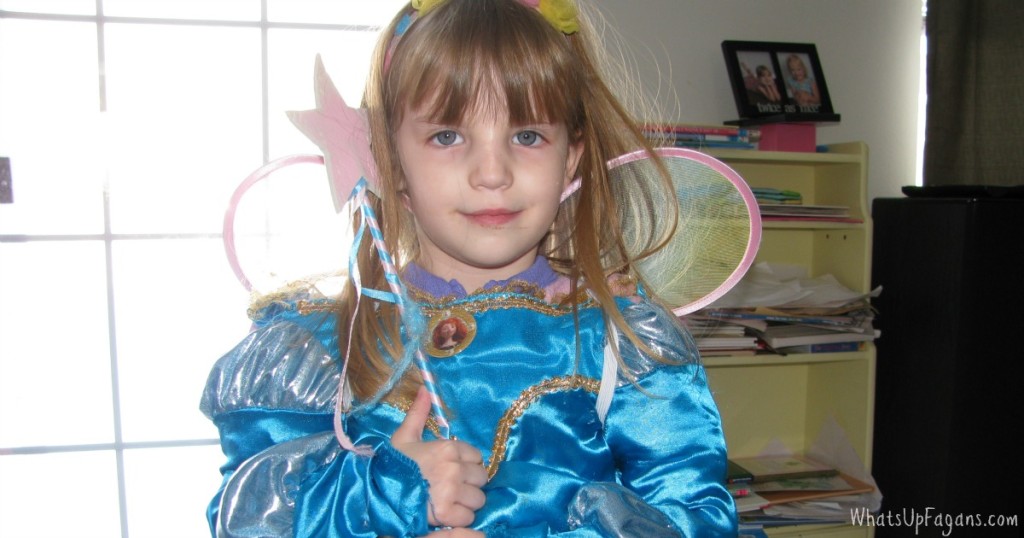 The same is generally true of pajamas – they aren’t allowed out in them or to eat in them.

Sometimes we’ve let our son wear shorts and our girls wear skirts when it is only 40-50 degrees outside and long-sleeved shirts when it’s 100 degrees. We tell them that these choices aren’t very smart, and sometimes we do request they change before we head out, often mandating they change clothes so as not to freeze or overheat, especially if we know we’ll be outside for an extended period of time.

And there is one final dress code rule, where mom has the final say: family picture time. They will wear what I pick out and they will like it!

Besides these basic rules, our kids from about 2.5 years and on freely dress themselves and wear whatever when we go out, no matter how much it clashes.

Our children don’t have designer and only a few cheaper name brand clothing items, mostly from Old Navy and Carters. Lots of their clothes are secondhand given to us from others or purchases we’ve made from various secondhand stores online or locally. With twins, doubling up on clothing in the same size is expensive, let alone doubling up on pricey nice stuff. We choose to buy whatever is affordable.

What’s affordable isn’t always the prettiest, frilliest, or easiest to coordinate with which results in unique clothes pairings. While I could tell them that their outfit looks ridiculous, that you can’t wear all white, or that leopard print and stripes don’t really go together despite both coming from animals, or that the graphic tee would go better with jeans than an eyelet skirt, I stop myself and ask why?

Why does it matter if my two year old son or my five year old daughters wear “ugly” clothes or wear clothing that doesn’t really “work” together?  Who does it matter to? 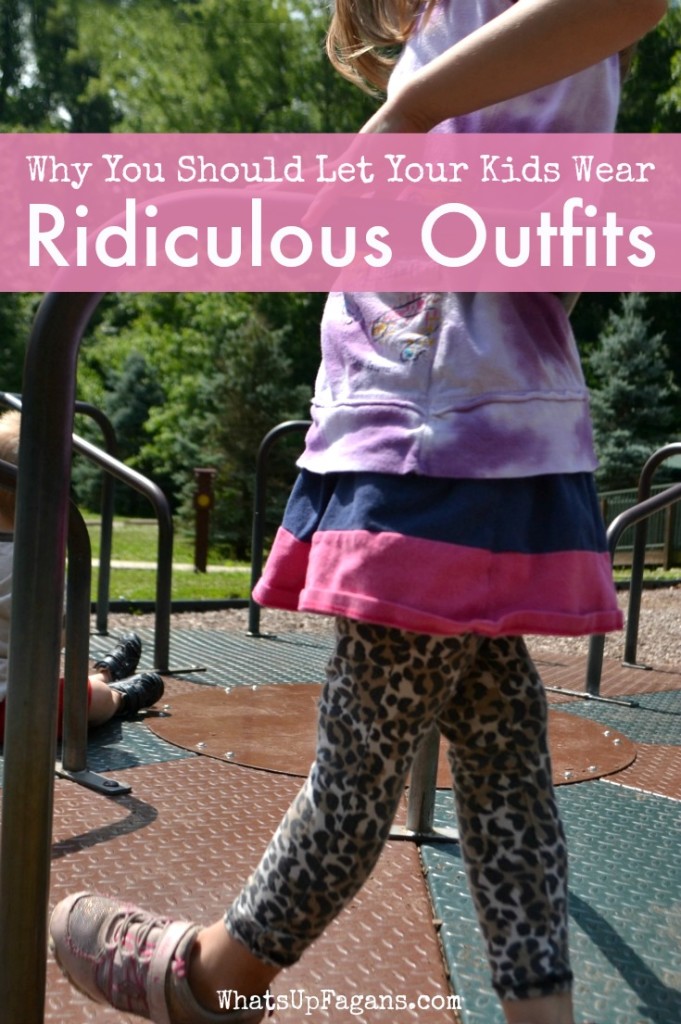 Does it matter to me, their mother? Do I believe others will view me in a poor light when they see my ill-dressed children trailing along behind me, thinking me an unfit mother, who is poor, or lazy or uninvolved enough as a parent to make sure my kids dress nicely and do their hair? Do I feel like a bad mom because my kids are missing out on stylish looks?

Does it matter to my children? Do they think their clothes are ugly? Do they hate that they only have so many items that really go together and truly match? Do they feel jealous of other, better dressed children when we go out to the store, wishing their parents loved them enough to get them prettier (or cooler) outfits and accessories? Do they get made fun of by the other children they meet (or even by adults) and then feel bad about themselves and the fashion choices they made that morning?

Does it matter to other people interacting with my children? Do they take offense at their clashing wardrobes? Does their lack of nice clothes sense make them feel sad? Do they feel obliged to make a comment or to provide alternative clothing or more weather appropriate clothing to my children?

But, I don’t live my life in the shadow of other people’s possible perceptions of me or my children, so I don’t care what it may matter to them, thus it doesn’t matter to me what they think.

My children’s complaints about their clothing is usually limited to whether or not it still fits them, if it scratches/itches, or if their favorite item is dirty. 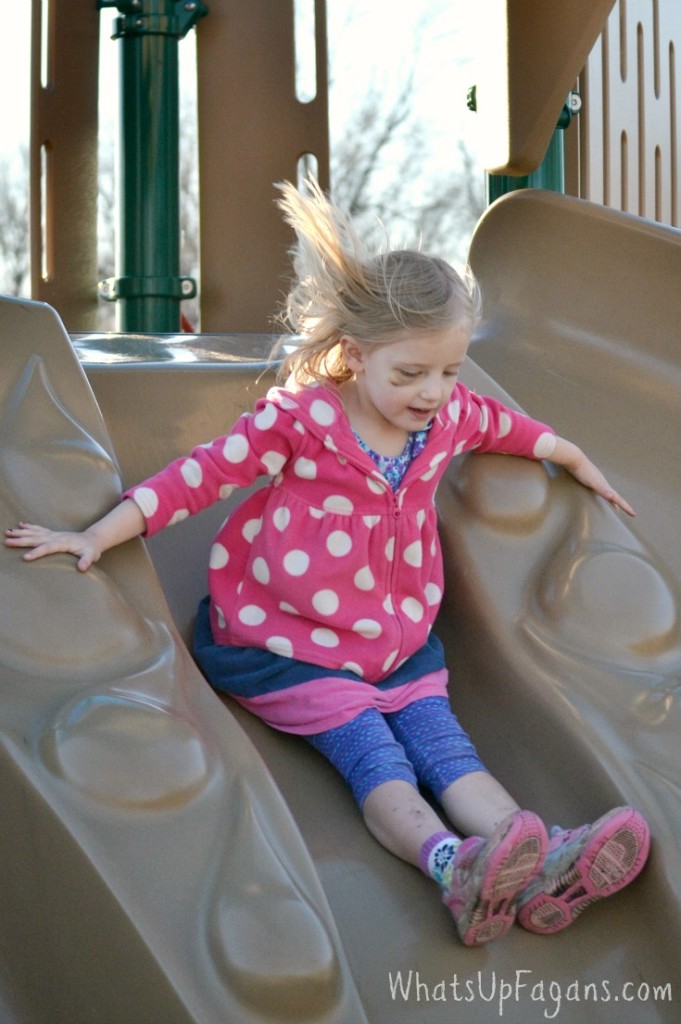 They do not care one bit how their outfit makes them appear to other people. They only care that they are dressed. Most days they think they look very nice, and will sometimes proudly show me their fun outfit for the day, or that they did actually try to match.

Letting kids wear whatever without caring (very much) about others perceptions on it de-emphasizes the importance of looks, of fashion, of vanity, of greed, and of trying to fit in. It let’s them know that looks don’t matter, that Jesus loves everyone despite what they wear.

There will most certainly come a day when my daughters and my son will care a great deal about the clothes they put on their bodies and obsess about how it makes them look and what others think about them in their outfit.

For now, I choose to relish in the fact that they don’t care. I take photographs of them in ridiculous outfits that they are so proud to wear, in T-shirts and skirts that had stains on them, in fun combos that someday will remind them there was once a time they were blissfully detached from caring about others perceptions of themselves. I know because I have seen photos of myself as a kid and am think about those beautiful carefree days.

I choose to take advantage of their joyful independence of dressing themselves, and to let their self-esteems be detached from their clothes. Seems like a total win for me as it’s one less thing I need to do each day, too.

So, take the free clothes given to you, snatch up those clearance rack goodies, and enjoy the beautiful outfits that your children don. Let your children be children, free of prejudice and worries about superficial things like clothes.
a Rafflecopter giveaway

Thanks Lucky & Me for sponsoring this post. All opinions are my own and my affiliate links are used.